Re-victimizing the victims: In yet another example of moral failure, a new report shows the Catholic Church spent $10.6 million to lobby against legislation that would benefit victims of child sex abuse.

A new report released Tuesday reveals that, over the past eight years, the Catholic Church has spent $10.6 million in the northeastern United States to fight legislation that would help victims of clergy sexual abuse seek justice.

The new report, called “Church Influencing State: How the Catholic Church Spent Millions Against Survivors of Clergy Abuse,” paints an alarming and unflattering picture of the Catholic Church using millions of dollars to fight legislation that would allow the many survivors of rape and sexual abuse at the hands of Catholic clergy to find some modicum of justice.

The 10.6 million figure reflects only the money spent in the northeastern United States, the totl for the entire country would of course be much higher.

The following is a breakdown of the money spent state by state:

CBS News explains with some examples:

In New York, for example, the Catholic Church spent $2,912,772 lobbying against the Child Victims Act, which Governor Andrew Cuomo ultimately signed into law on February 14, 2019. The act gives survivors more time to seek justice against their abusers, increasing the age at which victims are able to sue from 23 to 55.

Similarly, in Pennsylvania — where in 2018 a grand jury report detailed evidence of more than 300 priests credibly accused of sexually abusing more than 1,000 children — the Catholic Church spent $5,322,979 lobbying to keep current restrictions in place on the statute of limitations in which victims can seek criminal or civil charges against their abusers.

Gerald Williams, a partner at Williams Cedar, one of four law firms that jointly commissioned the report, told CBS News that the data makes it clear that the Church is not  standing with the survivors, but standing against the survivors:

We represent hundreds of people, who have truly been victimized by clergymen in the Catholic Church. We’ve heard a lot about the church’s desire to be accountable and turn over a new leaf. But when we turn to the form where we can most help people and where we can get the most justice — the courts of justice — the church has been there blocking their efforts.

Bottom line: The Catholic Church is spending millions of dollars lobbying politicians to prevent changes in the law that would allow victims of predator priests to seek justice. In essence, the Catholic Church is re-victimizing the children raped and sexually assaulted by Catholic clergy. 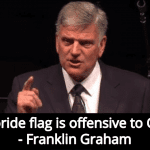 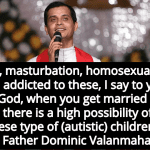