Good riddance to a moral monster: White House Press Secretary Sarah Sanders, who infamously used the Bible to defend Trump’s policy of putting migrant kids in cages, has announced that she will resign.

In his tweet announcing the resignation, President Trump said:

After 3 1/2 years, our wonderful Sarah Huckabee Sanders will be leaving the White House at the end of the month and going home to the Great State of Arkansas. She is a very special person with extraordinary talents, who has done an incredible job! I hope she decides to run for Governor of Arkansas – she would be fantastic. Sarah, thank you for a job well done!

….She is a very special person with extraordinary talents, who has done an incredible job! I hope she decides to run for Governor of Arkansas – she would be fantastic. Sarah, thank you for a job well done!

Note: As many have already pointed out, Trump’s math is wrong. Trump has only been in the White House 2 1/2 years.

Sanders was named White House press secretary in July 2017, just hours after Sean Spicer resigned from the position. She is the daughter of former Arkansas governor and two-time presidential candidate Mike Huckabee…

For the record, Sanders has been one of the worst White House press secretaries in history – a dishonest sycophant who betrayed her country to gain favor with the Liar in Chief, Donald Trump.

In recent months, Sanders has declined to hold formal briefings, instead opting to appear on Fox News and brief reporters in the White House driveway, a strategy that has prompted fierce criticism from journalists.

Her credibility has also come under fire from critics, especially in the aftermath of special counsel Robert Mueller’s report. The report revealed that Sanders acknowledged to investigators that there was no basis for her 2017 assertion that “countless” rank-and-file FBI agents had lost confidence in James Comey, a claim she used to rationalize Trump’s decision to fire him as the bureau’s director.

When she did appear before the camera, a diplomatic way to describe the Huckabee-Sanders approach to reporters and press conferences would be “hostile.”

During her time in the White House, Huckabee-Sanders defended the administration on its policies, including:

Sanders lied to the American people on multiple occasions:

Huckabee-Sanders regularly told blatant untruths from the podium, ignored questions she didn’t care for, and got into endless theatrical fights with members of the press.

In short, Sanders was a dishonest and deplorable official who used the Bible to justify and defend the cruel policy of separating migrant children from their parents, and once claimed that God wanted Donald Trump to become president of the United States. 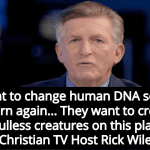 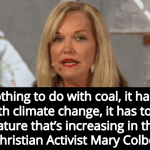