[Saint Porphyrios] says that when the woman likes that, a desire is born, and then the desire is passed on to the child.

Video of the orthodox Christian bishop making his ridiculous claims have gone viral, with many mocking the ignorant statements. For example, Accept – LGBTI Cyprus shared the following comment with the video:

As for the political climate for gays in Cyprus, Pink News reports: 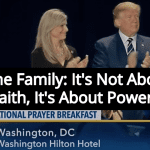 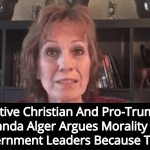