Woof: Israeli rabbis have ruled that dogs are bad, and they are warning that people who keep a dog as a companion will be cursed.

More than a dozen rabbis from the city of Elad near Tel Aviv issued an edict declaring all dogs bad and warning residents that keeping them will make them accursed.

According to reports, the rabbis signed an edict banning dogs from the city of Elad and warning dog owners that they will be cursed for keeping them. The edict justifies the prejudice against dogs by citing the Talmud. The edict states:

We have heard and have seen that lately, a serious phenomenon has spread in our city Elad, in which young boys and children walk around publicly with dogs. This is strictly forbidden. As explained in the Talmud and by the Rambam, anyone raising a dog is accursed and especially in our city where many women and children are afraid of dogs.

Jewish tradition does not expressly prohibit the keeping of dogs as pets, but biblical and rabbinic sources do include numerous references that associate dogs with violence and uncleanliness and frown on the practice of keeping them in one’s home.

Dogs are for the most part portrayed negatively in the Bible. Deuteronomy appears to equate dogs and prostitution, ruling in Deuteronomy 23:19 that if one of these is used to pay for an animal — say, if one offered a dog or sex in exchange for a goat — that purchased animal cannot be brought to the temple as a sacrifice. The Book of Kings includes several references to dogs feeding on corpses. And in the Psalms, dogs are described as beasts that maul at human beings.

Bottom line: In a deplorable bit of anti-canine bigotry, Israeli rabbis have ruled that dogs are bad, and people who keep a dog as a companion will be cursed. 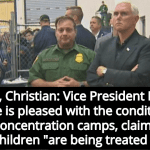 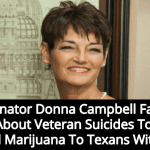