Cold, cruel, Christian: Vice President Mike Pence says he is pleased with the conditions at Trump’s concentration camps, and blames the media for “dishonest” reporting.

After visiting Trump concentration camps in Texas near the U.S.-Mexico border Pence complained about the media coverage of the press event. In particular, Pence attacked CNN for being dishonest, tweeting:

CNN is so dishonest. Today we took reporters to a detention facility on the border for families and children and all told us they were being treated well.

CNN is so dishonest. Today we took reporters to a detention facility on the border for families and children and all told us they were being treated well.

Pence went on to blame CNN for “ignoring the excellent care being provided to families and children.”

ignoring the excellent care being provided to families and children. Our great @CBP agents deserve better and the American people deserve the whole story from CNN! pic.twitter.com/hsKsU6umhW

That’s right, Pence claimed that the children in cages being held in Trump’s concentration camps are receiving “excellent care.”

The dishonesty from the Vice President is astonishing, but not surprising.

However, it is not only CNN that is reporting on the horrendous conditions at the concentration camps. For example, NBC reports:

A group of men detained behind chain link fencing shouted to news cameras, “No shower, no shower!”

On Friday, Pence toured a Border Patrol processing center for adults in McAllen, Texas, that a pool reporter described as squalid and foul-smelling.

“The cages were so crowded that it would have been impossible for all of the men to lie on the concrete,” The Washington Post’s Josh Dawsey wrote. “The men said they were hungry and wanted to brush their teeth. It was sweltering hot. Agents were guarding the cages wearing face masks.”

As for the Pence’s demeanor during his concentration camp tour, the Independent notes that Pence appeared “callous” and indifferent to the human suffering taking place before him:

New video shows vice president Mike Pence “callously” observing crowded pens of migrants on the US border before turning his back and leaving.

As scores of men held behind wire fencing try to catch his attention – with some shouting out how many days they’d been held – he appeared to avoid any eye contact.

His gaze strafed the room above the level at which the men stood. Then, after less than a minute, he turned and left.

On Twitter many expressed their disgust with the Vice President:

You really are a sick fuck, @VP. Even in your twisted mind, you can’t possibly think these children would have the courage to speak the truth about the horrendous detention camp conditions under the watchful eyes of their guards & top officials of the government imprisoning them.

Everybody just sit back & reflect on the fact that these are the best pictures that @VP had to demonstrate “excellent care”. While you lie to us, your pictures tell the truth. #FamiliesBelongTogether https://t.co/1gn43xUuM3

This image will go down in history. New video shows shows Mike Pence callously observing and turning his back on severe overcrowding of men in cages at a detainment facility in Texas.

Bottom line: While visiting the U.S.-Mexico border where people are being held in inhumane and intolerable conditions, Vice President Mike Pence says he is pleased with the conditions at Trump’s concentration camps, and blames the media for “dishonest” reporting. 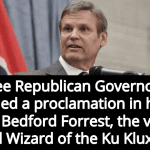 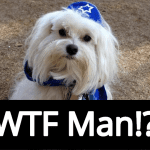 July 15, 2019 Israeli Rabbis Rule All Dogs Are Bad And Dog Owners Are Cursed
Recent Comments
0 | Leave a Comment
Browse Our Archives
Follow Us!