A new series from Netflix promises to expose a powerful but secretive conservative Christian group that has been shaping U.S. policy for decades.

Netflix’s upcoming five-part series “The Family,” explores The Fellowship, a Christian fundamentalist organization quietly wielding great power while operating in the corridors and back rooms of Washington, D.C.

Meet The Fellowship, the secret organization at the center of Netflix’s upcoming five-part docuseries “The Family,” a project that was made “with unprecedented participation from members of the organization,” which examines the “sophisticated, successful tactics its affiliates use to influence policy-making around the globe.”

The following is an official description for “The Family,” courtesy of Netflix:

Every February, on the first Thursday, at the same hotel, dignitaries and guests from 100 countries gather in America’s capital for a blessing. While more than 3,000 people attend the National Prayer Breakfast — including every U.S. president since Dwight Eisenhower — the host organization has long shrouded itself in secrecy. Technically, it’s called The Fellowship, but former “brother” members like New York Times bestselling author Jeff Sharlet know the group as The Family. As he learned firsthand and documented in The Family: The Secret Fundamentalism at the Heart of American Power, The Family believes the separation of church and state is unnecessary, and political affiliation is irrelevant. The Family grooms and supports leaders, teaching them that the Bible is a story about power, not mercy – that leaders are chosen by God, not elected.

Investigative journalist Jeff Sharlet first exposed the nefarious Christian group ten years ago in his groundbreaking book The Family: The Secret Fundamentalism at the Heart of American Power.

More about The Family:

.. they funnel millions of dollars through tax-free corporations. They claim to disdain politics, but congressmen of both parties describe them as the most influential religious organization in Washington. They say they are not Christians, but simply believers.

Behind the scenes at every National Prayer Breakfast since 1953 has been the Family, an elite network dedicated to a religion of power for the powerful.

Watch the official trailer below – 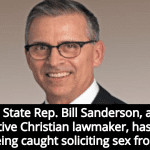 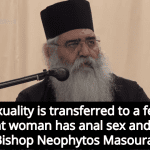