Incitement to violence: Florida Pastor Adam Fannin calls on God to kill comedian Sarah Silverman because she is “a witch,” and “a Jezebel.”

Sarah Silverman on Thursday Tweeted a video clip of a Florida pastor delivering a vitriolic diatribe against the comedian to his congregation. In it, the pastor says he prays for her “untimely death” and adds that Silverman’s premature death would be the work of God. Silverman included a caption with the clip which read, “If I get murdered, start here,” and later wrote that the pastor “is going to get [her] killed.”

This is Adam Fannin of the Stedfast Baptist Church in Florida and he is going to get me killed.

This is Adam Fannin of the Stedfast Baptist Church in Florida and he is going to get me killed. pic.twitter.com/I6Us59o59v

Silverman should be alarmed. Fannin delivered a wildly anti-Semitic sermon in which he raged against the comedian for something she said in her comedy special “Jesus is Magic.”

In his sermon the raging baptist pastor declared:

These Jewish, false profits, anti-Christian, anti-God… They’re willing to put Jesus to death again! Have you heard of this comedian Sarah Silverman? You guys know what I’m talking about? She brags about it! ‘I’d do it again!’ Listen, she is a witch, she is a jezebel, she is a God-hating whore of Zionism. I hope that God breaks her teeth out and she dies. She is a wicked person and she is, like, the perfect representation of religious Judaism.

Watch the video below via Friendly Atheist:

Adam Fannin, formerly of the literalist Stedfast Baptist Church in Jacksonville, Florida, is the preacher in the disturbing video.

He is now part of the Law of Liberty Baptist Church, also in Jacksonville, following a recent scandal involving Stedfast that saw its leader admit to using sex workers.

Bottom line: Florida Pastor Adam Fannin calls on God to kill comedian Sarah Silverman because she is “a witch,” and “a Jezebel.” 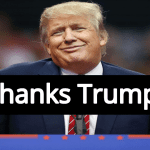 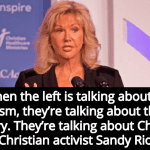