Florida’s New Board Of Education Chairman Is Anti-Evolution, Christian Extremist

Ignorance for the Lord: Florida’s new Board of Education chair is an anti-science Christian extremist who denies evolution.

Andy Tuck, an ignorant conservative Christian and a citrus farmer, is Florida’s new Board Of Education chair. Tuck, a self-identified “person of faith” has little if any scientific education, and demonstrates a profound ignorance that should disqualify anyone from serving in public office.

When Tuck was serving as a school board member he made his ignorance clear when he proudly declared:

As a person of faith, I strongly oppose any study of evolution as fact at all. I’m purely in favor of it staying a theory and only a theory.

I won’t support any evolution being taught as fact at all in any of our schools.

If there is a controversy about evolution, it is not scientific. The controversy is not about science, but religion. The fact is that once the theory of evolution is accepted, a literal, fundamentalist reading of Biblical creation is rendered untenable. Many conservative Christians like Tuck are simply unable to accept evolution as a scientific fact for this reason.

Tuck was originally appointed to the board by then Florida Governor Rick Scott. Tuck was appointed to a second term on the board in early 2018, and replaces Marva Johnson of Winter Garden as chair.

And, as always, it will be the children who suffer. 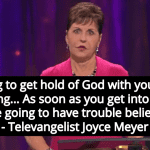 August 2, 2019
Televangelist Joyce Meyer: You Need To Be Stupid To Believe In God
Next Post 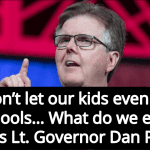