Fox Host Neil Cavuto Turns On Trump: ‘I Don’t Work For You’

Cavuto rebuked Trump after the president sent out a tweet expressing his unhappiness with Fox News, which is usually highly supportive of the Liar-In-Chief.

….I don’t want to Win for myself, I only want to Win for the people. The New @FoxNews is letting millions of GREAT people down! We have to start looking for a new News Outlet. Fox isn’t working for us anymore!

….I don’t want to Win for myself, I only want to Win for the people. The New @FoxNews is letting millions of GREAT people down! We have to start looking for a new News Outlet. Fox isn’t working for us anymore!

Cavuto replied to Trump’s criticism with a blistering and long overdue take-down of the dishonest president.

I think the president watches FOX. I also think he’s getting sick of FOX, which is weird because I think he gets pretty fair coverage on FOX.

But the president making clear to fact-check him is to be all but dead to him and his legion of supporters who let me know in no uncertain terms I am either with him totally or I am a Never-Trumper bully. There are no grays. No middle grounds. You are either all in or you’re just out. Loyal on everything or not to be trusted on anything.

Credit where credit is due.

Look, it’s great that Cavuto is finally explaining to Trump that Fox News does not work for him; one only wonders, what took so long?

The question: Will this more “fair and balanced” attitude towards the dishonest Liar-In-Chief be more widespread on the network, or will Fox News continue to act like state-run media pushing pro-Trump, pro-GOP, anti-truth propaganda?

The answer remains to be seen. But it just may be that the rats are beginning to flee the sinking ship.

Bottom line: Fox News host Neil Cavuto turns on Trump, and declares “I don’t work for you – my job is to cover you, not fawn over you.” 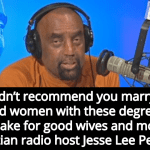 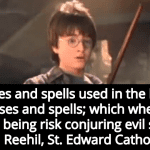