Maroney, a “family values” conservative, was charged with soliciting a prostitute after turning himself in to the authorities earlier today.

Maroney was arraigned this morning, according to the magistrate court in Marshall County. Maroney paid $4,500 bond.

A criminal complaint that was filed Tuesday in magistrate court in Marshall County, says someone used Maroney’s cell phone to solicit a prostitute this past May.

State Sen. Mike Maroney was arraigned Wednesday in Marshall County Magistrate Court on charges of conspiracy, house of ill fame/assignation and prostitution over his alleged involvement in a Glen Dale-based prostitution ring.

Magistrate Mark Kerwood set Maroney’s bond at $4,500. Maroney was released on his own recognizance.

Glen Dale police on Tuesday filed an arrest warrant for Maroney, 51, a Republican from Glen Dale. The criminal complaint filed in conjunction with the arrest details text message conversations from May 14 through June 13 between who authorities allege is Maroney and Cortnie Ann Clark.

According to a criminal complaint filed earlier this week, Maroney’s cell phone was used to solicit a prostitute in May.

The complaint claims that someone with Maroney’s phone exchanged text messages with a prostitute who offered services for $120 an hour.

In a text message conversation on May 16, the suspected prostitute demanded to see a photograph of Maroney before she would meet with him. Officers said that the photograph matched pictures of Maroney on file.

On June 13, Maroney received a message from the woman saying, “Come f*ck me.”

Crooks and Liars are reporting that Maroney has resigned, but at the time of publication this fact could not be confirmed.

According to reports, the Republican lawmaker has previously made headlines for his anti-LGBT legislation.

Maroney, a medical doctor and a conservative Catholic, is currently the chairman of the Senate committee on health and human resources. 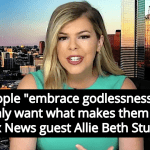 August 27, 2019
Fox News Guest Attacks ‘Godless’ Millennials For Having Dogs And Not Kids
Next Post 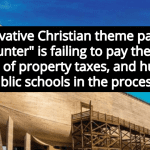 August 28, 2019 Report: Ark Encounter Cheating On Property Taxes, Hurting Local Schools
Recent Comments
0 | Leave a Comment
"Judging by the his attire, flat-top haircut and overall "jacked" appearance. My guess would be ..."
Don Ekes Trump-Loving Anti-Mask Pastor Threatens Dunkin’ Donuts ..."
"Cockroaches are cleaner and nicer."
DeadBabyJoke😷-quarantined Franklin Graham Calls On Christians To ..."
"Now, I wish I had had a daughter!"
Statistics Palin Bishop: Daughters Should Be Uneducated So ..."
"Or drink bleach and stick a UV light up his backside."
Lauren Greene Franklin Graham Calls On Christians To ..."
Browse Our Archives
get the latest from
Progressive Secular Humanist
Sign up for our newsletter
POPULAR AT PATHEOS Nonreligious
1