Conservative Christians fear education: Tennessee State Senator Kerry Roberts wants to “save America” by putting an end to higher education because it is a “liberal breeding ground.”

A Tennessee state GOP lawmaker has called for getting rid of the entire higher education system, asserting that such a move would “save America.”

State Sen. Kerry Roberts made the remarks while speaking on his conservative talk radio show. He addressed his problems with the higher education system while discussing a recent legislative hearing focused on abortion legislation.

Earlier this month, while speaking on his radio show, State Senator Roberts suggested putting an end to higher education in Tennessee, declaring:

… If there’s one thing that we can do to save America today, it is to get rid of our institutions of higher education right now, and cut the liberal breeding ground off! Good grief! The stupid stuff that our kids are being taught is absolutely ridiculous, and this is a woman who’s a product of higher education. She’s learned all of this stuff that flies in the face of what we stand for as a country!

And here we are as legislators paying for this garbage to be taught to our children, and we’re not doing anything about it. And all these red states across America, we let it exist, and it’s absolutely unbelievable. And this is the price that we pay: the murder of over half a million innocent lives every year, with people sitting there, justifying it to their last breath.

It’s no secret that conservative Christians want to keep people stupid. Once someone learns to think critically about the world, they often abandon religious superstition. It is something that conservative Christian parents often complain about, and worry about. The story is often repeated: “Good Christian” parents send their child to college, only for that child to learn to think critically, and abandon the ignorance and religious superstition of their parents.

As for Senator Roberts, according to his Senate biography, he received a bachelor’s degree in accounting from Lipscomb University, a Christian college near Nashville, in 1983. Christian college. Yet despite his dubious college degree, Roberts frequently bashes higher education. For example:

However, in a pathetic attempt at damage control, Senator Roberts now wants everyone to know that he was just “joking” about putting an end to higher education. After the story went viral Roberts issued the following post on Facebook:

There you have it, nothing to see here, just some ignorant conservative Christian bashing higher education in hopes of “owning the libs.”

Bottom line: Tennessee State Senator Kerry Roberts wants to “save America” by putting an end to higher education because it is a “liberal breeding ground.” 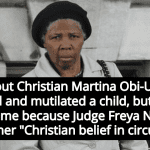 September 7, 2019
No Jail Time For 'Good Christian' Who Circumcised Child Against Parents' Wishes
Next Post 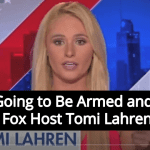 September 13, 2019 Fox Host Tomi Lahren: We Need Guns To Shoot Immigrants
Recent Comments
0 | Leave a Comment
Browse Our Archives
get the latest from
Progressive Secular Humanist
Sign up for our newsletter
POPULAR AT PATHEOS Nonreligious
1