Conservative Christians Rage At Kellogg’s Gay-Friendly ‘All Together Cereal’

“Won’t somebody think of the children?” Conservative Christians rage after Kellogg’s releases their new “All Together Cereal” to support LGBT youth.

Kellogg’s is partnering with GLAAD, an LGBTQ media advocacy organization, to release a cereal called “All Together,” mixing cereals and their mascots to support anti-bullying and LGBTQ advocacy work.

Along with the cereal campaign, Kellogg’s also pledged to donate $50,000 to GLAAD in support of the group’s efforts.

Cereal aficionados are known to mix their favorite kinds of breakfast confections in one bowl, and Kellogg’s has made it easier to do that while making a broader point. The cereal maker has teamed up with the Gay & Lesbian Alliance Against Defamation (GLAAD) for their anti-bullying campaign, “All Together,” and they’re doing just that — putting six cereals together in one box.

We all belong together. So for the first time in history, our famous mascots and cereals are offered exclusively together in the same box for All Together Cereal. It’s a symbol of acceptance no matter how you look, where you’re from or who you love. We believe that all people deserve an environment where they can be their best selves.

All of this should be non-controversial. Kellogg’s is simply supporting an anti-bullying campaign with their new cereal. However, some conservative Christians see the new cereal as an attack on their religious faith.

Kellogg’s has supported the homosexual community for a long time, and now it is obvious they are going after our children…

Kellogg’s needs to hear from you. Supporting the homosexual agenda verses remaining neutral in the cultural war is just bad business. If Christians cannot find corporate neutrality with Kellogg’s, then they will vote with their pocketbook and support companies that are neutral. Sign our petition to Kellogg’s now!

In addition to One Million Moms, leading creationist and conservative Christian Ken Ham is also denouncing the new cereal. On Twitter Ham declared:

We are not “All together,” as the LGBTQ lifestyle/worldview is anti-God, anti-biblical & anti-science and consists of only a small minority in the culture. But many will “All Together” not support such in your face anti-Christian marketing! https://t.co/Gb9B0MldV2

We are not “All together,” as the LGBTQ lifestyle/worldview is anti-God, anti-biblical & anti-science and consists of only a small minority in the culture.  But many will “All Together” not support such in your face anti-Christian marketing!

In other words, conservative Christians are angry because Kellogg’s is suggesting that bullying LGBT kids is wrong.

“All Together Cereal” is available for a limited time only, and can only be purchased on their website. 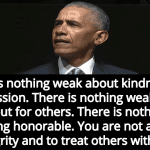 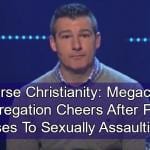 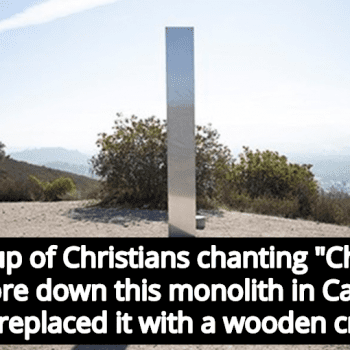 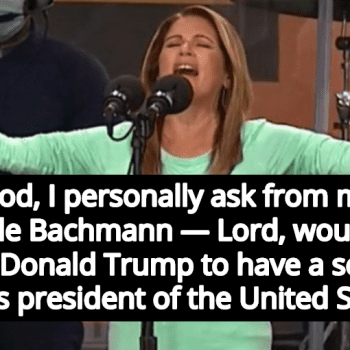