Can you smell the misogyny? Bill Drennan, a GOP candidate for the Virginia State House, suggests that the way to prevent abortions is by forcing pregnant women to wear ankle monitors.

Drennan, speaking at a candidate forum in Sterling, Virginia, last Wednesday, apparently tried to compare common sense gun legislation to a woman’s right to an abortion by equating aborted fetuses to the lives of individuals killed by gun violence.

How about this… I’m going to impose commonsense restrictions on the constitutional right to an abortion. How about ankle bracelets?

I don’t think very many people would agree with this.

Drennan is right. Very few reasonable people would agree that pregnant women should be forced to wear ankle monitors to prevent abortion.

Drennan suggested that his proposal to force pregnant women to wear ankle monitors was “analogous” to proposals to keep guns out of the hands of dangerous people, known as “red flag laws.”

Commenting on Drennan’s suggestion, Suhas Subramanyam, Drennan’s Democratic opponent, said Drennan’s “proposal, if that’s what he is proposing, is outlandish.”

Last month Drennan made headlines after making the outlandish claim that climate change was  “a religion … not based on science.”

Blue Virginia reports Drennan’s website falsely claims that Democrats in Richmond had proposed “legislation that would have eliminated restrictions on third-trimester abortions and legalized infanticide.”

In addition, Drennan’s website declares that the candidate opposes “red flag laws” which would allow for the temporary removal of firearms from a person who may present a danger to others or themselves.

Bottom line: Bill Drennan, a GOP candidate for the Virginia State House, suggests that the way to prevent abortions is by forcing pregnant women to wear ankle monitors. 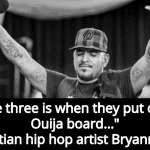 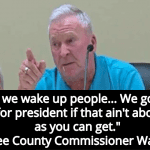