That Jesus-chicken tastes like Christian-hate: In a blow for human decency, the principal of a public high school in Louisiana declined a free Chick-fil-A lunch for employees out of respect for his LGBT staff.

The principal of a high school in New Orleans, Louisiana, has rejected an offer of free meals for teachers from Chick-fil-A in solidarity with the LGBTQ community.

Dr. Steven Corbett, principal of Lusher High School, said he turned down the free lunches from the fast food chain as some of its staff members are LGBTQ.

Delish reports that “the meal was ‘one of several’ provided to members of the Orleans Parish school district to thank the city for hosting the Sugar Bowl and College Football Championship in 2020. Tony Fay, a spokesman for the College Football Playoff Foundation said that in light of the decision, the organization will be providing teachers with a lunch from another restaurant instead.”

In a statement, Dr. Steven Corbett, the principal of Lusher High School, explained the decision to reject the free meal:

Out of respect to our LGBTQ staff, we have chosen to not serve Chick-fil-A at an employee lunch.

The #1 rule at Lusher is to ‘Be Kind’ and we live this motto every day. Chick-Fil-A has been politically outspoken about its views, and we feel it is not part of Lusher’s culture of kindness and community.

In an interview with WDSU, Corbett reiterated his reason for rejecting the offer:

We made the decision to support our staff members who are LGBTQ and other supporters.

We felt that any time an organization is anti-LGBTQ, and has efforts to infringe upon their rights, we thought it was important to support and stand up for their community at this time.

Principal Corbett was right to reject the free Chick-fil-A lunch. In fact, earlier this year it was revealed that the southern-style chicken sandwich franchise and a self-identified Christian company gave over $1.8 million to anti-gay Christian hate groups in 2017.

Bottom line: The principal of a public high school in Louisiana declined a free Chick-fil-A lunch for employees out of respect for his LGBT staff. 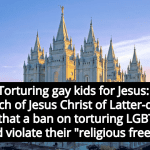 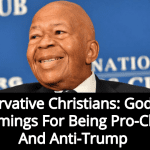