Snowflake alert: Conservatives are raging because a new book, “If You Give a Pig the White House: A Parody,” dares to mock President Trump.

The book, released earlier this week, was written by Faye Kanouse and illustrated by Amy Zhing, and is described as “the adult parody of the beloved children’s cautionary tale, ‘If You Give a Pig a Pancake.’”

The following overview of the adult parody is provided via Amazon:

A coiffed and blustery pig has shoved his way into the White House! A cleverly worded and illustrated picture book, this is the adult parody of the beloved children’s cautionary tale, If You Give a Pig a Pancake.

Watch in dismay as the presidential pig gets into trouble, binges on too much Fox News and fast food, and cavalierly threatens national security. If You Give a Pig the White House both lovingly caricatures the original children’s book and shows just what can happen when a greedy anti-hero tracks his hooves all over America.

Conservatives were quick to react to the new book on social media, with many calling for a boycott. For example, the popular Facebook page “Texas For Donald Trump 2020,” called for a boycott of Barnes and Noble if the book is not removed from the store:

And writing on the Barnes and Noble complaint board, one concerned Trump-loving conservative opined:

Why is this book in your store? This is absolutely disgusting, especially since it is targeting the minds of young children. I will never EVER shop your stores again if this book remains in your stores. I imagine if this was a parody on Obama, with is likeness to pig on the front . . . would that be OK for you? The fact that this book is being sold by Barnes and Noble speaks volumes about what you decide to sell . . .

And on Amazon there are plenty of reviews from delusional conservatives angry that Trump is being mocked. For example:

However, as word spread of the outrage, more reasonable people have been buying the book and giving it favorable reviews. For example:

Bottom line:  Conservatives are raging because a new book, “If You Give a Pig the White House: A Parody,” dares to mock President Trump. 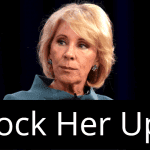 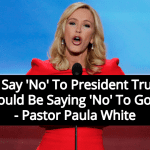