Flip-Flops For Jesus: After announcing they will no longer support conservative Christian hate groups with an anti-LGBT agenda, Chick-fil-A backtracks by claiming they might support anti-gay “faith groups” in the future.

Earlier this week the chicken franchise made headlines after suggesting they were finished supporting anti-gay Christian hate groups by declaring they would no longer support the Salvation Army and the Fellowship of Christian Athletes, two conservative Christian organizations that have promoted bigotry and discrimination when it comes to the LGBT community and same-sex marriage.

However, the company has since clarified that while they will no longer be supporting the Salvation Army and the Fellowship of Christian Athletes, they still might support anti-gay Christian hate groups in the future.

Chick-fil-A says it will now focus its charitable efforts in three areas: education, homelessness, and hunger. But when asked more specifically, it did not go so far as to say that it will no longer donate to organizations that oppose LGBTQ rights.

No organization will be excluded from future consideration–faith-based or non-faith-based.

And there you have it. The flip-flop.

However, after a backlash from anti-LGBT conservatives and Republicans, the company appears to have quietly backtracked.

Bottom line: After announcing they will no longer support conservative Christian hate groups with an anti-LGBT agenda, Chick-fil-A backtracks by claiming they might support anti-gay “faith groups” in the future. 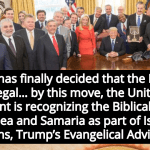 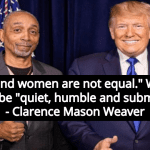 November 20, 2019 New Trump Advisory Board Member: ‘Men And Women Are Not Equal’
Recent Comments
0 | Leave a Comment
Browse Our Archives
get the latest from
Nonreligious
Sign up for our newsletter
POPULAR AT PATHEOS Nonreligious
1