Christian theocracy comes to Bolivia: In a disturbing development Christian fascist Luis Fernando Camacho has seized control of Bolivia via a military coup.

Comacho, a Christian fascist and paramilitary leader, is a millionaire businessman who has promised his fanatical Christian supporters that he will purge his country’s Native heritage from government and “return God” to the presidential palace.

The Council on Hemispheric Affairs reports on the “racist coup in Bolivia” led by Christian fascist Comacho:

Sunday November the 10th, at approximately 4pm (eastern standard time) the democratically elected president and vice president of Bolivia, Evo Morales and Álvaro García respectively, were forced to resign from power. This was no voluntary resignation as CNN, the New York Times and the rest of the corporate media is reporting, nor has it been accepted by the Legislative Assembly as required by the Constitution of Bolivia.[1] This was a coup that employed threats and brutality against Morales, García, members of the cabinet, congressional representatives, and their families. Both the commander in chief of the military and head of the Bolivian Police requested, in no uncertain terms, the resignation of Morales.[2] The coup forces, led by Pro-Santa Cruz Committee president Luis Fernando Camacho, continues to target Movement for Socialism (MAS) activists, progressive social movements, and Indigenous peoples of Bolivia.

With a Bible in one hand and a national flag in the other, Camacho bowed his head in prayer above the presidential seal, fulfilling his vow to purge his country’s Native heritage from government and “return God to the burned palace.”

“Pachamama will never return to the palace,” he said, referring to the Andean Mother Earth spirit. “Bolivia belongs to Christ.”

He is a powerful multi-millionaire named in the Panama Papers, and an ultra-conservative Christian fundamentalist groomed by a fascist paramilitary notorious for its racist violence, with a base in Bolivia’s wealthy separatist region of Santa Cruz.

Everything Camacho does has a strong religious bond: he mentions God in all his appearances, took the Bible to the Government Palace and urges his followers to take the virgin to the mobilizations.

Indeed, Camacho is often compared to Jair Bolsonaro, Brazil’s Christian fascist president. Both men share a contempt for indiginous peoples and cultures, while promoting a virulent and violent strain of evangelical Christianity, replete with the requisite racism and misogyny.

Referring to Camacho as “The Bolivian Bolsonaro” Telesur reports:

Known as “El Macho,” the opposition leader is openly racist, misogynist and unapologetically represents the interests of the elites in his department and the country. Using religion, especially evangelical belief, Camacho talks with a Bible in his hand and pulls on the Bolivians religious beliefs to argue that Morales is against them.

This has also been instrumentalized to push for political persecution under the name of God, repeatedly saying they will “punish” their political adversaries, going as far as tweeting on Oct. 30 that like former drug kingpin Pablo Escobar they will “write down the names of the treacherous people of this town,” in order to carry out such punishment.

Recall that far-right coup leader Luis Fernando Camacho had just recently brought religion back into politics for first time in a while. Has a bible at every speech, has talking points about ‘god’s will’ and says that god is on his side, etc.

Before he leaves, he declares “Pachamama”, an Andean indigenous goddess, “will never return to the Palace.” He then says, “Bolivia belongs to Christ.”https://t.co/jvw4RK8XFD

The rich oligarch leader of Bolivia’s right-wing coup, Luis Fernando Camacho, was the leader of an explicitly fascist paramilitary group.

Here are some clips from a promotional historical documentary it published:https://t.co/gFMyfjsi2p pic.twitter.com/XXNQfhD7ii

As for  former Bolivian President Evo Morales, the Mexican foreign secretary says Mexico has granted his request for asylum. 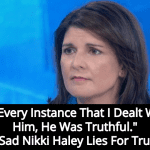 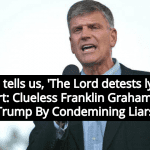