Anti-intellectual, anti-science, anti-education: In a disturbing development the Ohio House has passed legislation that would allow students to give wrong answers and not be penalized if those wrong answers are based on the student’s “sincerely held religious belief.”

The Ohio House sent to the Senate on Wednesday a measure that would prohibit public schools from penalizing students for some work that contains religious beliefs.

Critics have called the bill unnecessary or valuing religion over secularism…

The Ohio House on Wednesday passed the “Student Religious Liberties Act.” Under the law, students can’t be penalized if their work is scientifically wrong as long as the reasoning is because of their religious beliefs.

If public school students turn in work saying the earth is only 10,000 years old, they cannot be penalized under Ohio House Bill 164 if its their religious beliefs.

In short, the proposed Ohio law would allow students to substitute religious dogma for science, and would not allow teachers to penalize students for giving wrong answers as long as those answers are based on the student’s religious beliefs.

House Bill 164 passed by a vote of 61-3. Every Republican in the House supported the bill. It now moves to the Republican-controlled Senate.

Bottom line: The Ohio House has passed legislation that would allow students to give wrong answers and not be penalized if those wrong answers are based on the student’s “sincerely held religious belief.” 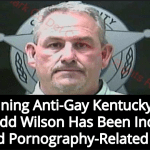 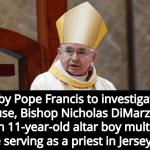 Trump Tweets 'Foreign Students Can Stay If They're...
Washington DC - President Trump tweeted this morning that foreign students must be...
view all Nonreligious blogs
What Are Your Thoughts?leave a comment
Copyright 2008-2020, Patheos. All rights reserved.