The stupid, it burns: White House spiritual adviser Pastor Paula White is launching a new initiative to reelect Trump and protect the president from witches and demons during the 2020 campaign.

The effort, called the One Voice Prayer Movement, finds White teaming up with fellow right-wing activists such as Cindy Jacobs, Dutch Sheets, Dave Kubal, and others. The group unveiled its efforts with an inaugural prayer call yesterday, which featured White praying against the demonic efforts that seek to undermine Trump and remove him from the White House.

In her prayer call, White, who was recently appointed as an adviser to the White House’s Faith and Opportunity Initiative, declared:

Lord, we ask you to deliver our president from any snare, any set up of the enemy according to Ephesians 6:12, any persons [or] entities that are aligned against the president will be exposed and dealt with and overturned by the superior blood of Jesus.

We come against it according to your word. Any persons or entities that are aligned against President Trump, the will of God, against the mantle that he would carry, against him as president, that it would be exposed and dealt with and overturned in Jesus’ name.

We know that we do not wrestle against flesh and blood but against principalities, powers, rulers of darkness of this age, hosts of wickedness in heavenly places. Stretch out your arm and deliver President Trump and rid him of any bondage the enemy would try to bring against him.

Thank you Lord for your hand establishing him, and let your arm strengthen President Trump.

White’s new project claims to be “nonpartisan.” However, the fact that those opposing Trump are being portrayed as being in league with Satan suggests that the project is in fact partisan.

Bottom line: White House spiritual adviser Pastor Paula White is launching a new initiative to reelect Trump and protect the president from witches and demons during the 2020 campaign. 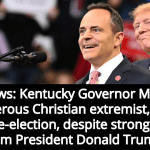 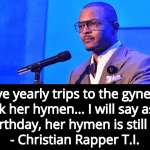