Holy War: Christian TV Host Rick Wiles warns his Christian followers to start stockpiling ammunition and other supplies in preparation for “a violent civil war” with “the Pagan left.”

Speaking on his “TruNews” broadcast last night, Wiles complained about the Democratic attempt to impeach Donald Trump while advising his audience “to stockpile ammunition, food, water, and medical supplies” to defend their “family, home, and church” from “the pagan left.”

In a wild rant Wiles declared:

Their actions are compelling me and others to immediately get ready to defend our families, our personal lives, and our properties if violence erupts in America over the impeachment and ouster of President Trump.

The Democrats are forcing me to stockpile ammunition, food, water, and medical supplies to defend my family, home, and church. This is a bad dream that won’t end, and it’s brought to you by the Trump haters.

I strongly encourage you to take immediate action to prepare your home and family for the worst. Don’t foolishly dismiss my warning that a revolution could erupt, or widespread civil disruptions, even civil war. 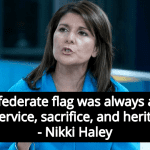 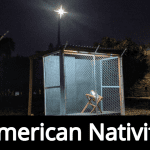