Alabama evangelist Paul Acton Bowen was sentenced Friday to 1,008 years in prison – the maximum on all counts – for his guilty pleas to sexually abusing a half dozen teenagers.

Acton Bowen, the evangelist who served as a youth minister for teenage boys and became a best-selling author was given the maximum sentence for all 28 charges related to sexually abusing six teenagers in Etowah County on Friday. The sentences are to be served consecutively which means Bowen would serve roughly 1,008 years before being released.

In a statement submitted during the hearing, one of Bowen’s underage victims said:

I saw myself as damaged goods without realizing I’d been manipulated by a true professional.

Before being sentenced, Bowen apologized both to his own family and his victims, at one point declaring:

The shame and guilt I feel is overwhelming and has been for a long time. My heart was never wanting to hurt anybody but my mind was not well.

Bottom line: After pleading guilty to 28 charges of raping and sexually assaulting multiple children, popular Alabama televangelist Acton Bowen has been sentenced to  to 1,008 years in prison, the maximum penalty allowed under the law. 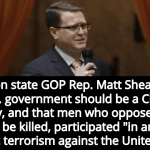 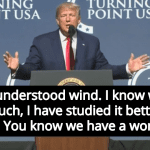