Merry Christmas: In yet another act of gratuitous cruelty the Trump administration has issued new rules that will take food stamps away from nearly 700,000 unemployed Americans.

The Trump administration announced a plan Wednesday to end food-stamp benefits for about 700,000 Americans, issuing a new regulation that makes it harder for states to gain waivers from a requirement that beneficiaries work or participate in a vocational training program.

We’re taking action to reform our SNAP program in order to restore the dignity of work to a sizable segment of our population and be respectful of the taxpayers who fund the program. Americans are generous people who believe it is their responsibility to help their fellow citizens when they encounter a difficult stretch. That’s the commitment behind SNAP, but, like other welfare programs, it was never intended to be a way of life.

Because nothing restores “the dignity of work” like going hungry.

The move is despicable, but not surprising. Republicans have always wanted to cut food stamps for the poor and unemployed. Last year House Republicans tried to impose similar restrictions, but were stopped by Democrats in the Senate.

Senator Debbie Stabenow, a Democrat from Michigan, and the ranking member of the Senate Committee on Agriculture, Nutrition and Forestry, railed against the new rule, declaring:

This Administration is out of touch with families who are struggling to make ends meet by working seasonal jobs or part time jobs with unreliable hours. Seasonal holiday workers, workers in Northern Michigan’s tourism industry, and workers with unreliable hours like waiters and waitresses are the kinds of workers hurt by this proposal.

Senator Stabenow was not the only one to criticize the cruel new Trump administration policy. The following is a sample of reactions via Twitter:

The Trump Administration is driving the vulnerable into hunger just as the Christmas season approaches.

And it exposes a deep and shameful hypocrisy in @realDonaldTrump’s administration.https://t.co/EKu6O6FUAl

Taking food away from hundreds of thousands of Americans—many of whom already struggle to find work or make ends meet—would do little to end hardship and hunger. It’s counterproductive, shortsighted, and cruel. https://t.co/yo9IAdEN9W

No family should have to struggle to put food on the table & no child should have to go to bed hungry. SNAP is a lifeline for millions of Americans in MA & across the country. We should be expanding this program – not tearing it apart. https://t.co/KA4E5lCzk5

Every Democratic candidate should try to raise this issue at the December debate.

Trump and the Republicans gave FedEx a $1 billion tax cut and then gutted food stamps for millions right before the holidays. https://t.co/6B8aeQpzHo

People often ask who in the Trump admin is connected to #TheFamily. One is Ag Secretary Sonny Perdue, a vocal Christian who owes his career to fundamentalist dirty trickster Ralph Reed & who today kicked as many as 700,000 people off food stamps to “restore the dignity of work.” https://t.co/5BG1HIJb6I

Bottom line:  In yet another act of gratuitous cruelty the Trump administration has issued new rules that will take food stamps away from nearly 700,000 unemployed Americans. 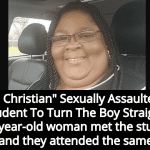 December 4, 2019
Teacher Who Sexually Assaulted Student Claims She Was Trying To Turn Boy Straight
Next Post 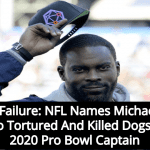 December 5, 2019 NFL Honors Michael Vick, Man Who Tortured And Killed Dogs For Fun
Recent Comments
0 | Leave a Comment
"Because there were no Christians leading the communist but there were hundreds and thousands of ..."
UnreconstructedRebel Christian TV Host Warns Followers Trump ..."
"The Boshevik Jews constituted a plurality of the leadership during the Red Revolution and the ..."
UnreconstructedRebel Christian TV Host Warns Followers Trump ..."
"Actually Americans are stupid. Americans actually walked into a voting booth and put an X ..."
AgesOfReason Trump Spiritual Adviser Paula White Orders ..."
"I think the better response to Aaron Rodgers are these questions: How can you be ..."
Rich Rochester Green Bay Packers Quarterback Aaron Rodgers ..."
Browse Our Archives
Follow Us!