North Carolina Pastor Charged With Over 100 Sex Crimes Against Children

More of that “Christian love” – Rodney Dean Luffman, a pastor at a North Carolina church, is currently in jail after being charged with over 100 sex crimes against children.

Rodney Dean Luffman, 58, was charged with more than 100 sex offenses against kids who were ages 4 to 16…

Luffman is charged with 115 felony sex charges, including 80 counts of indecent liberties and 35 counts of sexual offenses. The Tribune reports on the charges Luffman is facing:

The charges include 84 counts of taking indent liberties with a child, 18 counts of statutory rape against a child between the ages of 13 and 15, 13 counts of first-degree sexual offense, and one count of sexual offense.

According to reports, Luffman’s victims range in age between 4-16 years old, and include both boys and girls.

Luffman is the pastor at Open Arms Outreach Ministries, an evangelical Christian church in Elkin, North Carolina. The church bills itself as:

a Bible Believing, Gospel Preaching, Addiction Killing, Sin Condemning, People Loving, extending hand of Fellowship to all who will listen to the Word.

On his Facebook page, prior to his arrest, Luffman wrote:

When you start hearing things that you can’t possibly believe I’d do, don’t believe it, I’ll prove myself innocent in court. Please pray for me.

In addition to being a pastor, Luffman also managed several Christian Facebook pages, including Roman’s Road The Map of Salvation and I’m Pro Life, the way of God.

Currently Luffman is being held in the Wilkes County Jail on a $1 million bond. 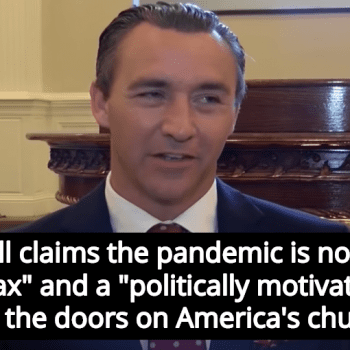