Misogynistic men who identify as part of the “Involuntary Celibate” movement are domestic terrorism threats, according to a new report.

Although not a new movement, Involuntary Celibates (Incels) are an emerging domestic terrorism threat as current adherents demonstrate marked acts or threats of violence in furtherance of their social grievance.

Once viewed as a criminal threat by many law enforcement authorities, Incels are now seen as a growing domestic terrorism concern due to the ideological nature of recent Incel attacks internationally, nationwide, and in Texas. What begins as a personal grievance due to perceived rejection by women may morph into allegiance to, and attempts to further, an Incel Rebellion. The result has thrust the Incel movement into the realm of domestic terrorism. The violence demonstrated by Incels in the past decade, coupled with extremely violent online rhetoric, suggests this particular threat could soon match, or potentially eclipse, the level of lethalness demonstrated by other domestic terrorism types.

However, the incel community does have its defenders. For example, men’s rights activist and right wing pundit Jordan Peterson has previously promoted the virtues of patriarchy while suggesting that “enforced monogamy” for women was a viable solution to the growing Incel problem. 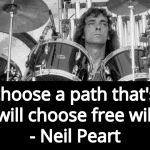 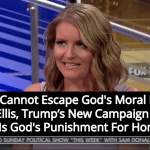 January 14, 2020 Trump’s New Campaign Adviser Jenna Ellis: HIV Is God’s Punishment For Homosexuality
Recent Comments
0 | Leave a Comment
"It's you and your ilk who can't stand the thought of your mouthpiece relegated to ..."
Lauren Greene 10 Evangelicals Arrested After Killing 7 ..."
"This racist, moronic redneck obviously doesn't know Meghan descends from nobleman Ralph Bowes. The Queen ..."
Derek Mullings Christian Activist Claims Meghan Markle ‘Poisoned’ ..."
"Don't forget the Atheists. If any Atheist commits a crime it's their lack of a ..."
mordred 10 Evangelicals Arrested After Killing 7 ..."
"Ahhhh! Okay. I get it! :)"
Jason Carpp Christian Activist Linda Harvey Claims Gays ..."
Browse Our Archives
Follow Us!