Ellis, Trump’s new campaign adviser, is an anti-LGBT Christian extremist with a history of demonizing the gay community.

President Donald Trump’s newest campaign advisor is an anti-LGBTQ extremist with ties to a Christian hate group that targets queer people. Jenna Ellis, a frequent cable news pundit, will be Trump’s new legal adviser despite a long history of making vile comments about the LGBTQ community.

The Trump re-election campaign’s recently hired senior legal adviser, Jenna Ellis, has a long history of making controversial comments about LGBTQ people — and sharing them with the public — a review of her social media posts has found.

Axios reports Ellis is a constitutional law attorney who is a frequent guest on Fox News. She joined the Trump 2020 Advisory Board about a year ago and is the latest Fox News guest to become a Trump adviser.

The Daily Beast reports on the growing influence Ellis has on Trump:

Ellis, a constitutional law attorney who’d worked since last year as the public policy director at the James Dobson Family Institute, has quickly gone from relative obscurity to talking directly with the president about politics and impeachment. In recent weeks, he’s reached out to her to ask about fighting back against his Democratic enemies, and has casually analyzed and praised her TV hits when she’s not around, say two people with knowledge of the president’s conversations.

For example, On rates of HIV among gay and bisexual men Ellis said:

We cannot escape God’s moral law and His supremacy.

A national monument to our open embrace and celebration of sin.

If Pete Buttigieg is going to invoke the name of his Creator, he should read for himself what his Creator says about homosexuality in the Bible. Truth doesn’t change, regardless of the culture or the Dems’ identity politics.

Ellis is also the author of The Legal Basis for a Moral Constitution: A Guide for Christians to Understand America’s Constitutional Crisis. In her book Ellis claims “America is in the midst of a cultural and constitutional law crisis that began more than sixty years ago and was further exacerbated by the 2015 Supreme Court same-sex marriage decision.”

Ellis  also claims America has “become a culture that lacks objective morality and embraces secular ideas” and goes on to ask:

How do we get back to being a biblically moral, upright society?

Obviously Ellis is uninformed, or simply dishonest. For the record, the U.S. Constitution is an explicitly secular document. However, for Trump and other conservative Christians like Ellis, such open dishonesty in defense of ignorance and religious superstition is to be expected. 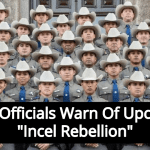 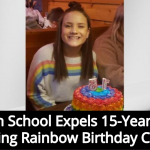