Better late than never: The FBI has elevated white nationalists, Nazis, and other racially-motivated violent extremists to a “national threat priority” for the year 2020.

The FBI has elevated racially-motivated violent extremism to a “national threat priority,” in yet another sign that the U.S. government has finally woken up to the threat posed by white nationalists and neo-Nazis at home and abroad.

The FBI has elevated its assessment of the threat posed by racially motivated violent extremists in the U.S. to a “national threat priority” for fiscal year 2020, FBI director Christopher Wray said Wednesday. He said the FBI is placing the risk of violence from such groups “on the same footing” as threats posed to the country by foreign terrorist organizations such as ISIS and its sympathizers.

The FBI now considers threats posed by white supremacists and other racist extremists to be a top investigative priority for the agency, FBI Director Christopher Wray said as he explained his agency’s counterterrorism strategy on Wednesday.

In his Statement for the Record Director Wray notes:

The top threat we face from domestic violent extremists stems from those we now identify as racially/ethnically motivated violent extremists (RMVEs). RMVEs were the primary source of ideologically-motivated lethal incidents and violence in 2018 and 2019, and have been considered the most lethal of all domestic extremism movements since 2001.

The spate of attacks we saw in 2019 underscore the continued threat posed by domestic violent extremists and perpetrators of hate crimes. Such crimes are not limited to the United States and, with the aid of Internet like-minded hate groups, can reach across borders.

In his testimony, Wray said that in 2018 and 2019 domestic terrorists motivated by racial or religious hatred were “the primary source of ideologically motivated lethal incidents and violence.” 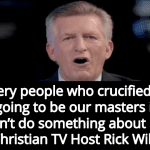 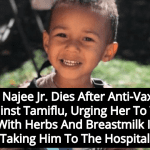