Clueless Hypocrite: Pro-Life (Forced-Birth) Senator Ted Cruz is outraged that a lawmaker has proposed legislation that would regulate a man’s reproductive rights.

Sen. Ted Cruz (R-Texas) took aim at legislation recently introduced in Alabama by a state representative that would, if passed, make it mandatory for certain men to get vasectomies — a bill that comes in response to legislation passed last year that seeks to ban abortion in the state.

A law requiring vasectomies? Sen. Ted Cruz (R-TX) will not stand for this blatant violation of a (male) person’s bodily autonomy!

In response to a new law proposed in Alabama that would force all men to get vasectomies once they reach age 50, or father three children, “whichever comes first,” a clueless Cruz tweeted:

Yikes. A government big enough to give you everything is big enough to take everything…literally! Alabama Democrat proposes bill mandating all men have vasectomy at age 50 or after third child. https://t.co/PeaNUg1Joc

Alabama State Rep. Rolanda Hollis, a Democrat, is sponsoring House Bill 238, which would create a law requiring men to get a vasectomy “within a month of their 50th birthday or the birth of his third biological child, whichever comes first.”

Many have seen HB-238 as an outrageous overstep; yet, year after year the majority party continues to introduce new legislation that tries to dictate a woman’s body and her reproductive rights. We should view this as the same outrageous overstep in authority.

However, it seems clear that Rep. Hollis’s well placed point went over the head of the clueless Cruz, who advocates “for a full ban on abortion with no exceptions, stripping funding for Planned Parenthood, and allowing companies to deny birth control coverage.”

On Twitter, people were quick to point out the hypocrisy:

Yes, the government shouldn’t be involved in private reproductive health choices, yes, that’s a great point you made, yes.

Yes. Governments have no business controlling the reproductive systems of citizens. Glad you’ve finally come around on choice, Senator.

Also, congrats on an epic self-own.

Oh you don’t like big government trying to regulate your body????

It’s outrageous to have government involved in these personal reproductive decisions! So glad you are pro-choice, Ted! 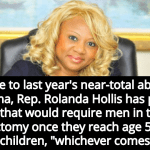 February 15, 2020
Alabama Law Would Force All Men To Get Vasectomies At Age 50
Next Post 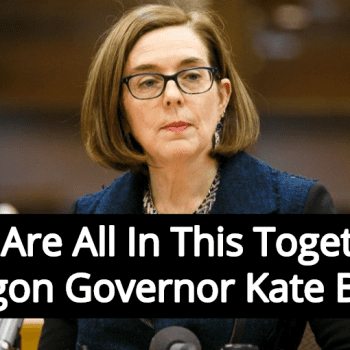