Cardinal George Pell welcomed Australia’s highest court clearing him of child sex crimes Tuesday and said his trial had not been a referendum on the Catholic Church’s handling of the clergy abuse crisis.

The Conversation reports Pell won his appeal on a legal technicality, noting:

Last year Pell was sentenced to six years in prison for sexually abusing two 13-year-old choirboys in the late 1990s.

Before being convicted, Pell was Australia’s highest ranking Catholic, and served as the Vatican’s Prefect of the Secretariat for the Economy. In addition, he was a close adviser and friend to Pope Francis.

According to reports the victims were altar boys in the choir at St. Patrick’s Cathedral and were sexually abused by Pell inside the church.

About his crimes, CNN reports:

After mass one Sunday in the late 1990s… Pell caught two choirboys drinking communion wine in the priest’s sacristy and one by one forced them to engage in sex acts, despite their sobs and pleas for him to let them go.

Prior to the appeal, lawyers for Cardinal Pell had asked for leniency because the rapes were “no more than a plain vanilla sexual penetration case.”

Bottom line: Cardinal George Pell is free after his convictions for sexually assaulting two 13-year-old choirboys were overturned by Australia’s High Court on a legal technicality. 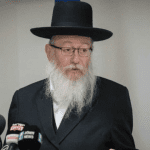