Liar: Christian hate preacher Franklin Graham claims he is “not homophobic” despite his long and well documented history of making anti-gay remarks.

Franklin Graham, an evangelical pastor whose group Samaritan’s Purse is running a makeshift hospital in New York, says he is “not homophobic” despite asking volunteers to oppose same-sex marriage.

Graham, who has a history of anti-LGBT beliefs, asks people to agree to a Statement of Faith which includes the line “marriage is exclusively the union of one genetic male and one genetic female”.

Graham is facing scrutiny because volunteers for the coronavirus field hospital in Central Park that is being run by Samaritan’s Purse, a notoriously anti-gay Christian hate group run by the equally notorious Franklin Graham, must agree to a “statement of faith” which entails an explicitly anti-gay agenda, declaring that sinners go to Hell and gays can’t get married.

Speaking to Laura Ingraham on Fox News about the controversy, Graham said:

We have a statement of faith, Laura. We believe that marriage is between a man and a woman. And that’s — that goes back to the beginning of time to the first man and woman that God created. And this is our standard, and so for people that we hire — we are a Christian organization.

We are a religious organization, so we want to hire people of like mind, and we have a statement of faith that we require our employees to sign. And in that is “a marriage is between a man and a woman,” and this is very offensive to some people and the gay community.

And listen, I’m not homophobic, and I’m certainly not going around bashing people because they may be homosexual.

I believe in that God loves all of us. He created us all, but we also are sinners, and our sins separate us from God. And I want people to know how they can have a relationship with God, and that’s through faith in his son Jesus Christ. So, I don’t bash homosexuals. I want homosexuals to know the truth, that God does love them.

Graham is not only a homophobic Christian bigot, he is also a liar. Full stop. His ministry is based on intolerance and bigotry, and always has been. Indeed, he has made a career out of bashing gays for Jesus.

In fact, Graham has been banned from appearing at all venues scheduled for his upcoming Summer UK Tour because he promotes anti-gay Christian hate.

Bottom line: Franklin Graham, a bigot and a liar who preaches a message of intolerance and hatred for the LGBT community, claims he’s “not homophobic.” 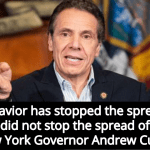 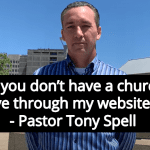 April 16, 2020 Megachurch Pastor Who Defied COVID-19 Guidelines Wants Your Stimulus Check
Recent Comments
0 | Leave a Comment
"they shud not rebel agin their master"
Joe Biggs Conservative Christians Reject Science, Ignore Holiday ..."
"god is foremost scientist"
Joe Biggs Conservative Christians Reject Science, Ignore Holiday ..."
"Stop placing your children under the care of the Catholic (or any other) church!!"
kaydenpat NY State Sues Buffalo Diocese For ..."
"If there's anything I've learned about Catholicism, it's that they'll always decide that something which ..."
Astrin Ymris California Bishop Urges Catholics To Reject ..."
Browse Our Archives
get the latest from
Progressive Secular Humanist
Sign up for our newsletter
POPULAR AT PATHEOS Nonreligious
1