That Looks Racist: Fox News apologizes after sharing a morbid and disturbing graphic making the point that attacking and killing black people is good for the stock market.

On Friday evening, Fox News displayed a bar graph showing how well the stock market performed after historical instances of attacking and killing Black people. It’s a somewhat ghoulish graphic to release following the murders of George Floyd and Jamel Floyd (no relation) by police and the nationwide protests that have received even more police violence.

Fox News has been slammed as “sickening” after airing a graph that compared stock market rallies during times of highly publicised incidences of black deaths and police brutality in the US.

The graph showed the market’s latest rise despite the nationwide protests over the death of George Floyd and compared it to the stock market performance following the assassination of Martin Luther King Jr, the beating of Rodney King and he killing of Micheal Brown by police in 2014.

The disturbing graphic was used on Friday during a “Special Report with Bret Baier” broadcast. During the segment, a woman’s voice explains:

Historically there has been a disconnect between what investors focus on and what happens in the rest of the country. For instance in 1968, the week after the tragedy of Martin Luther King, the S&P 500 rose over two percent. Also, up the week of the Rodney King ruling.

The graphic shows “how the S&P 500, a widely used financial health barometer, had made gains after the assassination of Martin Luther King, Jr. in 1968; after the police shooting of teenager Michael Brown in Ferguson, Missouri in 2014; after the acquittal of police officers who defeated Rodney King in Los Angeles in 1991; and after the recent death in police custody of George Floyd in Minneapolis.”

After a large outcry from social media and others, Fox News was forced to apologize for their racism. In an apology for the deplorable graphic, a Fox News spokesperson said:

The infographic used on Fox News Channel’s ‘Special Report‘ to illustrate market reactions to historic periods of civil unrest should have never aired on television without full context. We apologize for the insensitivity of the image and take this issue seriously.

The following is a sample of reactions to the graphic via Twitter:

WTF is this?? You have got to be kidding me!!! #FoxNewsisRacist pic.twitter.com/mvCxdljaKd

These motherfuckers are deadass arguing that killing black people is good for the economy. #FoxNewsisRacist pic.twitter.com/fwc8eSAoEi

FoxNews wants you to know the bad stuff that happens to Black folks is good for the stock market.

If you still advertise on Cucker Tarlson, Laura Inbredgraham, or any FoxNews show, you’re telling us you AGREE with that.

These are black ppl who were tragically murdered for no reason whatsoever
Not a tool to use to gauge how much the stock market is increasing
This is some of the most racist shit I’ve seen in a while
Fox just continues to do this stuff and people just eat it up
#FoxNewsisRacist pic.twitter.com/Nk8rcWbhNr

WTF is wrong with Fox News? There is no correlation between these deaths and the stock market performance. You can’t find one person who trades saying, “The Floyd death is bad, but it helped the markets.” Fucking ghouls.#FoxNewsisRacist pic.twitter.com/fx0t7kBeim

Fox News is basically saying that the economy improves when high profile African Americans get killed!!?? Just disgusting!! Just phuckin disgusting!!Don’t worry, for them to bring up such a BS statistic which is probably fake… It let’s me know they’re rattled! #FoxNewsisRacist pic.twitter.com/41MfguGWsJ

2. Here’s the video of the graphic as it aired on Fox News this evening. pic.twitter.com/Iww2DnzkkI

Bottom line: Fox News shared a morbid and disturbing graphic making the point that the stock market goes up after the brutalization of black people. 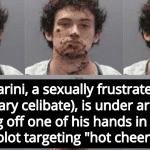