Thoughts and Prayers: Franklin Graham is furious after the U.S. Supreme Court ruled that federal law prohibits discrimination on the basis of sexual orientation and gender identity.

On the landmark ruling that federal protections prohibiting job discrimination because of sex includes LGBT individuals, the Associated Press reports:

The Supreme Court ruled Monday that a landmark civil rights law protects gay, lesbian and transgender people from discrimination in employment, a resounding victory for LGBT rights from a conservative court.

The court decided by a 6-3 vote that a key provision of the Civil Rights Act of 1964 known as Title VII that bars job discrimination because of sex, among other reasons, encompasses bias against LGBT workers.

In the decision, Justice Neil Gorsuch wrote for the court:

An employer who fires an individual for being homosexual or transgender fires that person for traits or actions it would not have questioned in members of a different sex. Sex plays a necessary and undisguisable role in the decision, exactly what Title VII forbids.

The decision is a victory for common sense and human decency, yet religious conservatives are angry that the Supreme Court has ruled that a federal law barring workplace discrimination protects gay and transgender employees.

Conservatives warn that today’s ruling will not merely protect homosexual or gender-confused Americans from tangible harm. Rather, it will require churches to recognize same-sex “marriages”; force photographers, florists, and bakers to participate in same-sex “weddings”; compel employers to fund drugs and surgeries to help people imitate members of the opposite sex; and make women and girls to share sleeping quarters, showers, changing areas, and restrooms with gender-confused males (or men simply claiming trans status to get close to vulnerable women).

And perhaps one of the most angry religious conservatives is leading evangelist Franklin Graham. On his Facebook page Graham raged against the Supreme Court’s decision, declaring:

Today the U.S. Supreme Court enacted a new law that adds sexual orientation and gender identity to the 1964 Civil Rights Act as “protected classes.” As Justice Alito has pointed out, the majority went too far—he called it a “brazen abuse of our authority.” The Supreme Court exists to interpret the law, not to make new laws—making laws is the job of our Representatives in Congress, elected by the people.

I believe this decision erodes religious freedoms across this country. People of sincere faith who stand on God’s Word as their foundation for life should never be forced by the government to compromise their religious beliefs. Christian organizations should never be forced to hire people who do not align with their biblical beliefs and should not be prevented from terminating a person whose lifestyle and beliefs undermine the ministry’s purpose and goals.

As a Bible-believing follower of Jesus Christ, my rights should be protected. Even if my sincerely held religious beliefs might be the minority, I still have a right to hold them. The same holds true for a Christian organization. These are the freedoms our nation was founded on.

The Supreme Court does not override and will never overturn the Word of God. One day we will all have to stand before God, the Righteous Judge, whose decisions are not based on politics or the whims of culture. His laws are true and are the same yesterday, today, and forever.

In fact, Graham has been banned from appearing at all venues scheduled for his upcoming Summer UK Tour because he promotes anti-gay Christian hate. 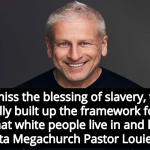 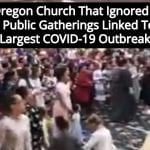