Crimes Against Humanity: An explosive investigative report shows that the Trump White House abandoned a national testing plan earlier this year “because the virus had hit blue states hardest.”

The COVID-19 task force led by White House Senior Adviser and President Donald Trump’s son-in-law Jared Kushner reportedly scrapped its plan for nationwide testing for COVID-19 at least partially due to an unwillingness to assist states that did not support Trump.

Vanity Fair reported on Thursday that Kushner’s team ultimately decided to thrust the responsibility of handling the testing shortage crisis upon individual states for political reasons in April, as blue states like New York bore the brunt of the pandemic at the time.

Most troubling of all, perhaps, was a sentiment the expert said a member of Kushner’s team expressed: that because the virus had hit blue states hardest, a national [testing] plan was unnecessary and would not make sense politically. “The political folks believed that because it was going to be relegated to Democratic states, that they could blame those governors, and that would be an effective political strategy,” said the expert. That logic may have swayed Kushner.

In short, earlier this year the White House COVID-19 task force led by Trump’s son-in-law Jared Kushner abandoned a national testing plan that would have saved thousands of lives because they believed the virus would be contained to blue states, and it made political sense to these sociopaths to allow the death and suffering in blue states so they could use the tragedy to campaign against Democratic governors in the 2020 elections.

So the White House made the explicit decision that it was a better political call to let people die in the blue states and blame the governors then try to fix the testing situation. https://t.co/1fKA5vhfWa

The White House made the explicit decision that it was a better political call to let people die in the blue states and blame the governors then try to fix the testing situation.

In the wake of devastating new reporting by Vanity Fair, a chorus of voices Friday called for the immediate resignation of Jared Kushner, a top White House advisor and the son-in-law of President Donald Trump, for disastrous—and deadly—failures by the administration that appear to have put the political desires of the president above the public health needs of the American people.

This is a total outrage. Jared Kushner commissioned and then abandoned a rational plan for dealing with #COVID19 because it would only affect blue states! Or so they thought. Jared Kushner should resign. https://t.co/Ni3JU1Lw7u

The following is a sample of reactions to the despicable actions of the White House:

Vanity Fair buried the lead on that Kushner testing expose. Holding back on supplies and relief to “blue states” is a crime against humanity. Trump to the Hague.

Imagine the administration had intel on an imminent terrorist attack that would kill over 100,000 people, and chose to do nothing because it was politically easier. That’s what we have here.

We need to be talking about accountability. For all of it. https://t.co/wYt6nUAdU1

Jared Kushner is more than incompetent – he’s complicit. He was willing to let Americans die in Democratic-led states because it might help his father-in-law’s politics. In any other administration, Jared Kushner would be investigated and fired.https://t.co/Umv34NQYsY

when articles say the Trump administration initially felt it could ignore COVID because it was localized in Democratic cities that should also be read as localized among black and brown Americans disproportionately https://t.co/AMm7HTgMnb

So the plan was changed. They would allow the virus to burn through blue cities and states and then blame the deaths on Democrats as a re-election tactic. https://t.co/9dvrsZVMrG

Yes, this confirms that Jared Kushner is an amoral cretin, willing to murder people solely for politics.

But it also underscores how unrelentingly incompetent he is, thinking a pandemic would observe state lines. There’s a reason daddy had to pay for him to get into Harvard. https://t.co/E2IssrNF6i

How many Americans has Jared Kushner killed? https://t.co/eRqEZmbweS 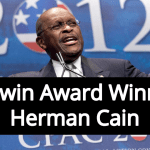 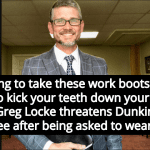