Racist: Arkansas Senator Tom Cotton is in hot water after defending slavery as a “necessary evil” while arguing against a school curriculum based on the New York Times’ “1619 Project” initiative.

The 1619 Project is left-wing propaganda. It’s revisionist history at its worst. It won’t be much money. But even a penny is too much to go to the 1619 Project in our public schools. The New York Times should not be teaching American history to our kids.

We have to study the history of slavery and its role and impact on the development of our country because otherwise we can’t understand our country.

Cotton’s claim that slavery “was the necessary evil upon which the union was built” was immediately met with outrage and anger.

In an attempt at damage control, Cotton has since tried to distance himself from the remark. On Twitter Cotton called reports quoting his claim concerning the necessity of slavery “the definition of fake news.”

You’re completely disingenuous about what you said. When you say “As so-and-so said,” you’re asserting the same thing and using “so-and-so” as your rhetorical wingman.

Cotton’s facile attempt at damage control fails. His words are clear. The grammar of the sentence leaves no room for doubt. While it is true that Cotton used his reference to the Founding Fathers to bolster his claim, the fact remains that he is the one claiming that slavery was “the necessary evil upon which the union was built.”

The following is a sample of responses to Cotton’s claim via social media:

Slavery was NOT a necessary evil.

It was a Crime Against Humanity.

My ancestors were enslaved. I’d love for @TomCottonAR to look me in the eyes and say it was necessary.

We can’t uproot the ills of structural racism if we ignore the depths of our history. It appears that is just fine with him.

It’s easy for Tom Cotton (@TomCottonAR) to call slavery a “necessary evil.” The evil wasn’t done to people like him. It was done to kidnapped African people for hundreds of years and was followed by 100+ years of lynching, theft, massacres and denial of basic human rights. https://t.co/oqcxbzSajG

No wonder he is a Republican and a Trump supporter.

Dear Tom Cotton: You can’t be the party of Lincoln while thinking slavery was necessary.

That’s not how this works, you racist ass.

“Necessary evil” suggests slavery was worth it. Millions of white people achieved prosperity, so it’s ok millions of Black people were bought, sold, raped, whipped? Let me be clear, slavery was not necessary in any context—& absolute evil in every context. https://t.co/RlpgyI7Bjo

Root canals are a necessary evil.

Bottom line: Arkansas Senator Tom Cotton is being roasted after defending slavery as “the necessary evil upon which the union was built.” 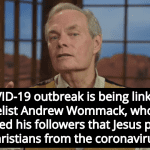 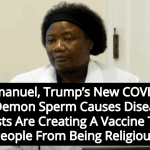