Trump Claims If Biden Wins Religion Will Be Abolished In America

President Donald Trump assailed likely opponent Joe Biden as “not competent” to lead the country, speaking as polls over the weekend showed deepening voter disenchantment with his own handling of the coronavirus pandemic.

Trump made several unfounded or highly speculative accusations against the former Vice President, saying he would “triple your taxes” and “defund the police.”

He added, “Religion will be gone,” referring to Democratic officials banning large church services to stem the virus spread.

“Religion will be gone” — Trump offers some absurd fear-mongering about what will happen if Biden is elected pic.twitter.com/xIVECroUHd

After insisting that “religion will be gone” if Trump is elected, Fox News host Wallace asked:

When you say religion is gonna be gone, what does that mean?

As one might imagine, Trump was roasted for his ridiculous claim. Many observers pointed out that Biden is a practicing Catholic who frequently attends services, unlike Trump, who only seems to care about getting near a church for publicity reasons.

The following is a sample of reactions to Trump’s claim via twitter:

Today Trump said that if Biden wins all religion will be gone in America.

Sounds great! And taco trucks on every corner!

1. Biden is more religious than Trump. That should be irrelevant.

2. What should “be gone” is government support (financial and otherwise) of religion. Biden is unlikely to be great on this, but likely better than Trump.

A religion that needs government support is a “bad one.” https://t.co/R1ySNzEbwS

Trump said that if Biden wins all “Religion will be gone” in America. 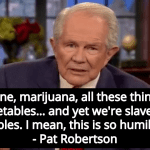 July 18, 2020
Pat Robertson Is Humiliated Because Cocaine And Marijuana ‘Are Vegetables’
Next Post 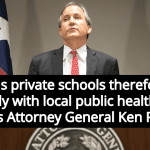 July 20, 2020 Texas: Religious Schools Can Ignore COVID-19 Health Requirements
Recent Comments
0 | Leave a Comment
Browse Our Archives
get the latest from
Progressive Secular Humanist
Sign up for our newsletter
POPULAR AT PATHEOS Nonreligious
1