Idaho Is Broken: Armed anti-mask protesters broke a glass door and pushed past state troopers as they stormed the Idaho Statehouse in an attempt to intimidate lawmakers participating in a special session called to address the coronavirus pandemic.

In Boise, the first day of Idaho’s special legislative session erupted into chaos before it began. Dozens of unmasked protesters, some of them armed, shoved their way past state troopers to pack the gallery overlooking the state’s House of Representatives.

The clash was a manifestation of the anger and frustration from a vocal minority of far-right Idahoans that has been compounding over the last several months as the state has navigated its reopening amid the pandemic.

Angry, maskless spectators forced themselves into the Idaho House special session on the coronavirus pandemic Monday, shattering a glass door, rushing into the gallery that had limited seating because of the virus and forcing lawmakers to ask for calm in a crowd that included a man carrying an assault-style weapon.

Video of people breaking glass/pushing police officers at the Idaho Statehouse today. These people should be charged and arrested. #idpol pic.twitter.com/d6wynwtcvp

One of those leading the protest was Ammon Bundy who led the Malheur National Wildlife Refuge occupation.

Allen Clark was also one of the anti-mask protesters who broke into the Statehouse. Armed with a Yugoslavian M70B1 with a loaded 30-round magazine, Clarke tried to justify the mob’s actions:

This is our house. We own this house. We pay taxes. We’re citizens of Idaho. Why can’t we be allowed in a public meeting?

The group of protesters included supporters of a far-right militia and anti-vaccine advocates who were at the Idaho Capitol to demand an end to the current state of emergency and blast a proposal that would limit civil liability for businesses, schools and governments.

NPR also notes that the state police had a much different reaction when advocates for LGBT rights staged a peaceful protest at the Statehouse:

The response stands in stark contrast to 2014 when dozens of advocates pressuring lawmakers to pass LGBTQ protections were arrested for standing silently in a hallway, blocking access to the Idaho Senate chamber.

In other words, armed right-wing protesters are free to shatter a glass door, push past state police, and storm the Statehouse with no consequences, while peaceful LGBT activists are arrested.

The following is a sample of reactions to the story:

You mean the white supremacists in Idaho who just rioted and smashed statehouse windows and broke into the building????

So are the violent protestors at the Idaho legislature going to be held accountable by being charged with felonies for destroying property when they broke the glass on a door in the statehouse?

were let into the capital building after all that. We’ve seen this before (e.g. Michigan), we’ll see it again, but BLM always gets the teargashttps://t.co/EwGI0TzeUu

Bottom line: Armed anti-mask protesters faced no consequences after breaking a glass door and pushing past state troopers as they stormed the Idaho Statehouse in an attempt to intimidate lawmakers. 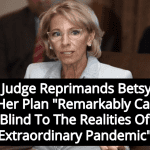 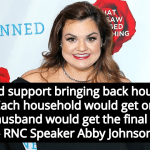 August 25, 2020 RNC Speaker Supports Household Voting - One Vote Per Family, And The Man Decides
Recent Comments
0 | Leave a Comment
Browse Our Archives
get the latest from
Progressive Secular Humanist
Sign up for our newsletter
POPULAR AT PATHEOS Nonreligious
1