Lance Wallnau, a Trump-loving right-wing activist who is a regular participant in evangelical events held at the White House and around the country, streamed a video on Facebook last Friday in which he proclaimed that Satan is using Sen. Kamala Harris to try to take down President Donald Trump.

In the video  Wallnau describes a dream in which a prophecy was supposedly revealed to him that Harris has a “Jezebel spirit” and is Satan’s tool to “take Trump out.”

We’re going to fight in the spirit, and we’re going to mobilize in other ways in order to do what has to be done to keep the devil from his impatient, lusting, grasping, premature seizure of power,” Wallnau declared. “I’m telling you, Kamala is Hillary 2.0. It’s the Jezebel spirit 2.0, and she has no real conscience.

That’s right, according to Lance Wallnau, Kamala Harris is “the Jezebel spirit 2.0,” “the one that the devil is going to try to use to take Trump out.”

Earlier this year, Wallnau delivered a “2020 Prophecy” New Year’s Day message to his followers via  Facebook, warning Christians who oppose Trump that they are on the wrong side of a great spiritual war, and by opposing Trump they are opposing God and siding with Satan.

As for Harris, she is currently facing misogynistic attacks from multiple conservative voices. For example, earlier this week, Trump’s Presidential Medal of Freedom honoree Rush Limbaugh amplified several crude sexist smears conservatives have been slinging at the Democratic vice-presidential nominee, accusing Harris of “using sex to get ahead,” while calling her a “Hoe” and a “Mattress.” 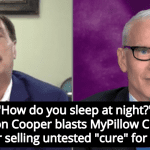 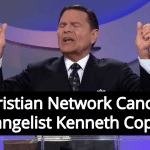