The KKK Did Not Disband, They Unionized: A new report demonstrates what many have suspected, white supremacists and militias have infiltrated police forces across the country.

White supremacist groups have infiltrated US law enforcement agencies in every region of the country over the last two decades, according to a new report about the ties between police and far-right vigilante groups.

… (The report) concludes that US law enforcement officials have been tied to racist militant activities in more than a dozen states since 2000, and hundreds of police officers have been caught posting racist and bigoted social media content.

The new report, “Hidden in Plain Sight: Racism, White Supremacy, and Far-Right Militancy in Law Enforcement,” is written by Michael German, a former FBI special agent who has written extensively on the connection between US law enforcement and right-wing domestic terrorist threats.

The Summary of the new report notes:

The government’s response to known connections of law enforcement officers to violent racist and militant groups has been strikingly insufficient.

White supremacy was central to the founding of the United States, sanctified in law and practice. It was the driving ideology behind the European colonization of North America, the subjugation of Native Americans, and the enslavement of kidnapped Africans and their descendants. Policing in the early American colonies was often less about crime control than maintaining the racial social order, ensuring a stable labor force, and protecting the property interests of the white privileged class. Slave patrols were among the first public policing organizations formed in the American colonies.

Put simply, white supremacy was the law these earliest public officials were sworn to enforce.

Last week Progressive Secular Humanist reported that while police in Portland, Oregon used tear gas on a peaceful “wall of moms,” they took no action when right-wing, Trump-loving, armed and violent Proud Boys staged a riot and attacked counterprotesters.

And last June Progressive Secular Humanist reported that Oregon police were caught on video collaborating with armed white extremists, warning them to move inside to avoid being arrested before the police began acting against demonstrators protesting the police killing of George Floyd.

Bottom line: A new report shows what many have suspected, white supremacists and militias have infiltrated police forces across the country. 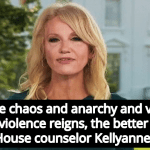 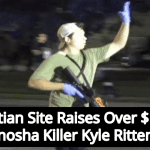