Conservative talk-radio star Rush Limbaugh added to his long history of vile, sexist attacks on prominent women by promoting right-wing stories that described Democratic vice-presidential nominee Kamala Harris as a “hoe” and “mattress,” accusing Harris of “using sex to get ahead.”

The following is a partial transcript from the August 14, 2020, edition of Premiere Networks’ The Rush Limbaugh Show:

The NBA has fired a freelance photographer because he insulted Kamala Harris. His name is Bill Baptist. He posted an image that read ‘Joe and the Hoe.’ H-O-E. Now, what do you think that’s about, ‘Joe and the Hoe’?

Well, that takes me to the second story. ‘It’s no secret, but public knowledge that Kamala Harris slept her way up into California political life by being a very public escort and mattress for California Democrat kingmaker Willie Brown.’

Now, some people read this story, ‘Mattress? Didn’t he mean mistress?’ No, I think they meant ‘mattress’ here.

So we have two different stories here that are trading off the known fact that she was Willie Brown’s mattress, and that he has written about it, and that he has talked about how it propelled her — that he ended up being one of her mentors.

And now we have something new that’s been thrust — ahem — into American politics, and that is the question of using sex to get ahead.

And as Kamala Harris might say, “We should have that conversation” — because she says that a lot, about a lot of different things.

As one might imagine, many were disgusted with Limbaugh’s vulgar attempt to smear Harris. The following is a sample of reactions via Twitter:

Rush Limbaugh referred to Sen. Kamala Harris as a “ho” and “mattress” to millions of listeners, and somehow, GOP leaders who support him–including Trump, who awarded him the Presidential Medal of Freedom–will not be pressed about this.

Rush Limbaugh calling Kamala Harris a “Ho” is disgusting and repulsive! He’s a fucking lowlife, sexist, racist piece of shit! And that Motherfucker has the Presidential Medal of Freedom!!!!

Will every Republican stand up and call for his medal to be taken away or will they continue to be cowards and racists?

Unfortunately we all know the answer.

Rush Limbaugh, most undeserving recipient of the Medal of Freedom, decides to make vile misogyny against Kamala Harris one of his final acts before cancer cancels his cancerous ass.

Bottom line: In a despicable display of misogyny,  Rush Limbaugh, Trump’s Presidential Medal of Freedom honoree, accuses Democratic vice-presidential nominee Kamala Harris of “using sex to get ahead,” while calling her a “hoe” and a “mattress.” 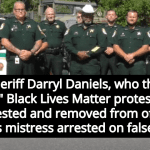 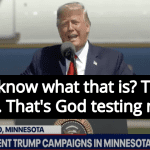 August 17, 2020 Trump Claims Coronavirus Disaster Is ‘God Testing Me’
Recent Comments
0 | Leave a Comment
Browse Our Archives
get the latest from
Progressive Secular Humanist
Sign up for our newsletter
POPULAR AT PATHEOS Nonreligious
1