When In Doubt, They Blame The Gays: Ukrainian Orthodox Church leader Patriarch Filaret contracts coronavirus after blaming gays for the virus. The church leader who recently claimed COVID-19 was “God’s punishment” for same-sex marriage has been hospitalized after testing positive for the virus.

Leading Ukrainian religious figure Patriarch Filaret has contracted coronavirus, after blaming gay people for the disease. The 91-year-old, who is the Patriarch of the Ukrainian Orthodox Church Kiev Patriarchate, is currently hospitalized with pneumonia.

Filaret caused controversy earlier this year after he made comments about the coronavirus being a result of gay marriage. He told Ukrainian national TV network Channel 4 in March that the pandemic was “God’s punishment for the sins of men. First of all, I mean same-sex marriage.”

Patriarch Filaret, 91, is in hospital in a stable condition after he was diagnosed with Covid 19 during routine testing… he has also developed pneumonia.

The Ukrainian Orthodox Church confirmed the diagnosis in a statement posted to Facebook:

We inform that during planned testing, His Holiness Patriarch Filaret of Kiev and All Rus-Ukraine tested positive for COVID-19. Now His Holiness Bishop is undergoing treatment at a hospital.

Last March Patriarch Filaret made headlines after blaming gays for the coronavirus, at one point declaring:

“I mean same-sex marriages first and foremost […] are the cause of coronavirus,” says Honorary Patriarch of Orthodox Church of Ukraine Filaret , who was embraced by top Western politicians, leaders. pic.twitter.com/Su6tbCV2iR

At the time the patriarch was condemned for his bigotry. For example, Maria Guryeva, a spokeswoman for Amnesty International Ukraine, said:

Such statements are very harmful because they could lead to increased attacks, aggression, discrimination and acceptance of violence against certain groups.

this is what i call a big OOOOF pic.twitter.com/zlRUmzzxyK

Homosexuals are responsible for the spread of coronavirus, announced 91-year-old patriarch Filaret, who is the head of one of Ukraine’s largest Orthodox churches. Now it turned out that he had infected himself with the #covid19. That’s what I call coming out!

I’m guessing that like most whacked out homophobic fundamentalists, we’re about to find out some interesting news about Patriarch Filaret’s extracurricular activities, because that’s how karma works these days.https://t.co/MRSgB8HKqO 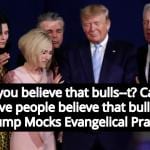 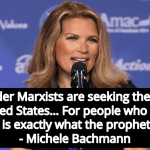