In his new book, “Disloyal: A Memoir,” Cohen reports that Trump mocked and disparaged a group of evangelical leaders after they came to him and laid their hands on him and prayed for him before the 2016 presidential election, at one point declaring:

The cosmic joke was that Trump convinced a vast swathe of working-class white folks in the Midwest that he cared about their well-being. The truth was that he couldn’t care less.

The irony is that the same evangelical Christians that Trump held in contempt were the same people who propelled Trump to the White House.

Five Thirty Eight reports that national exit polls from the 2016 presidential election show white evangelical voters voted in record high numbers for Donald Trump, 81-16 percent. It is the widest margin for a Republican presidential candidate ever among evangelicals since they have been tracking the numbers.

The Wall Street Journal confirms that more than 80% of white evangelical and born-again Christians voted for Trump. According to national exit polling, a larger percentage of evangelicals backed Trump than backed Mitt Romney, John McCain, or George W. Bush, the GOP candidates in the past three elections.

Bottom line:  President Donald Trump mocked his evangelical Christian supporters, calling their Christian prayers “bullshit,” and wondering out loud how anyone could believe such nonsense. 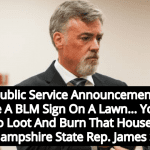 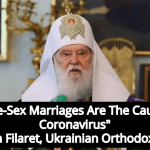