Incitement To Violence: Trump’s Christian “prophet” Mark Taylor warns that if Trump doesn’t start arresting Democrats “patriots will take matters into their own hands” and start a civil war.

During his weekly appearance on Chris McDonald’s “The MC Files” YouTube program Monday night, QAnon conspiracy theorist and so-called “firefighter prophet” Mark Taylor said once again that President Donald Trump must arrest some high-profile Democrats before the election because “the patriots are fed up.”

QAnon conspiracy theorist Mark Taylor says Trump must arrest some high-profile Democrats before the election because “the patriots are fed up” and will soon take matters into their own hands. https://t.co/yPBGMTkrzu pic.twitter.com/x5BMRjrreJ

On the program Taylor said:

“[Trump] can’t wait too long because we don’t want a civil war starting because the patriots are fed up with this. [There] was a very well-known and reputable a military-type of Twitter account that put out a statement from an ex-veteran that was basically putting the warning out that you guys better get your stuff together because if we take matters into our own hands to take back this country, it ain’t going to be good. And that’s what I’ve been warning about.

I’ve got a couple veteran friends of mine, one of them, he said, ‘We’ve got 14 million veterans that can walk into combat today.’ Today. Think about that. In this country. I have warned that if they wait too late, if we’re not careful, if they don’t show something, that justice is coming—at least show the patriots that justice is coming—it will buy some time until the election.

Taylor often makes wild assertions in support of Trump. Earlier this year Taylor claimed that black men were hanging themselves to start a “civil war” and prevent Trump’s reelection. 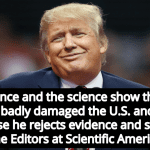 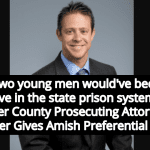