Barrett made her position clear that lawyers should use their career to build a “Kingdom of God” while delivering an address to the graduating class of the Notre Dame Law School in 2006.

In 2006, Barrett told graduates of the Notre Dame Law School, which she had attended and where she was teaching, that they should see their upcoming legal careers “as but a means to an end … and that end is building the Kingdom of God.”

In that 2006 address Barrett said:

I’m just going to identify one way in which I hope that you, as graduates of Notre Dame, will fulfill the promise of being a different kind of lawyer. And that is this: that you will always keep in mind that your legal career is but a means to an end, and as Father Jenkins told you this morning, that end is building the kingdom of God. You know the same law, are charged with maintaining the same ethical standards, and will be entering the same kinds of legal jobs as your peers across the country. But if you can keep in mind that your fundamental purpose in life is not to be a lawyer, but to know, love, and serve God, you truly will be a different kind of lawyer.

I’d like to offer three concrete suggestions for ways in which you might go about being a different kind of lawyer, one who treats his or her career as a means to the end of serving God rather than an end in itself.

First, before you take any job, particularly one that requires a move, pray about it. …

My second suggestion is that you give away 10 percent of what you earn to the church…  I recommend that you begin this practice with your first paycheck. As soon as I said that, I’m sure that many of you started worrying about your student loans. Don’t. It’s my experience that God is never outdone in generosity.

Finally, when you arrive at your new jobs in your new cities, seek out friends with whom you can share your faith.

For the record, Amy Coney Barrett is a dangerous religious extremist who believes a federal judge can subvert the U.S. Constitution and the laws of the United States in order to promote her own religious agenda. If given the chance, Barrett will replace secular law with conservative Christian dogma and bigotry. As such, she has no business serving on the Supreme Court. 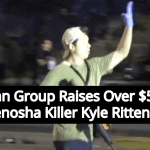