Kanye West is calling on the country to vote for him as a write-in candidate in the first political ad for his long-shot White House bid.

In an interview in August, West said he was “not denying” that his campaign, whose state-level ballot efforts have been linked to GOP operatives, is seeking to hurt the candidacy of Democratic presidential nominee Joe Biden.

In his new ad, West, appearing in front of an image of a waving American flag, promotes prayer in school and an end to the separation of church and state, declaring:

We as a people will revive our nation’s commitment to faith. By turning to faith, we will be the kind of nation, the kind of people, God intends us to be.

West, a cognitively challenged and weak minded individual, was once a rap superstar, but is now working as a conservative Christian evangelical, promoting religious superstition, Donald Trump, and hatred for gays.

Kanye’s transformation from rap superstar to a hateful conservative Christian has been a disappointing and bizarre spectacle. Last October West made the ridiculous claim that God gave him a $68 million tax refund because he is now “in service to Christ.”

Previously West made headlines after defending Trump and white supremacy. Last year, in a bizarre interview with TMZ, an intellectually unhinged Kanye West went on a bizarre rant, trying to justify his support for Trump, while claiming that being a slave was actually a choice.

As one might imagine, many people found Kanye’s remarks supporting Trump’s white supremacy, as well as his claim that slavery was a choice, to be disappointing, appalling, and profoundly ignorant.

It should also be noted that Kanye has confirmed that he struggles with mental illness, and has said that he has been diagnosed with bipolar disorder. Thus, the fact that he is being used and manipulated by the GOP and others in this way only only adds tragedy to the farce, as a once great entertainer ruins himself, morphing from a relevant black artist to a hateful Republican evangelical Christian. 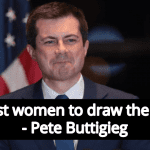 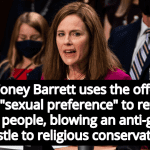