Former South Bend Mayor Pete Buttigieg is winning praise on social media after comments he made about abortion in 2019 have resurfaced. The Democrat has recently been in the spotlight after appearances on Fox News.

Buttigieg participated in a Fox News town hall event on May 19, 2019 hosted by the network’s Chris Wallace. Wallace pressed the then Democratic presidential hopeful on recently passed laws in Alabama, Georgia and Ohio that restricted access to abortion.

Do you believe, at any point in pregnancy, that there should be any limit on a woman’s right to an abortion?

I think the dialogue has gotten so caught up on when you draw the line that we’ve gotten away from the fundamental question of who gets to draw the line.

And I trust women to draw the line.

You would be okay with a woman well into the third trimester to obtain an abortion?

These hypotheticals are set up to provoke a strong emotional reaction.

These aren’t hypotheticals — there are 6,000 women a year who get an abortion in the third trimester.

That’s right, representing less than one percent of cases a year.

(Newsweek notes “The data from 2019 appears to support his claim, according to a Los Angeles Times report.”)

So, let’s put ourselves in the shoes of a woman in that situation. If it’s that late in your pregnancy, that means almost by definition you’ve been expecting to carry it to term.

We’re talking about women who have perhaps chosen the name, women who have purchased the crib, families that then get the most devastating medical news of their lifetime, something about the health or the life of the mother that forces them to make an impossible, unthinkable choice.

That decision is not going to be made any better, medically or morally, because the government is dictating how that decision should be made.

The following is a sample of reactions to Buttigieg’s remarks on late term abortion:

The most incredible answer on late term abortions. We need to be able to acknowledge that being pro birth is about control. That’s it.

I present to you Pete Buttigieg pic.twitter.com/MLDrQz5Tt9

Reporters who ask “what about 3rd trimester abortions” should be told to give examples of what they have personally read about that is troubling them. The 13 year old rape victim because it took that long to ge emancipated? The 33 year old whose fetus has no kidneys?

Pete Buttigieg gave perhaps the best and most coherent response to this issue that I’ve heard in a while pic.twitter.com/wh0F9o0UYk

I guess this is @PeteButtigieg night. This answer to a question on “late term” abortion embodies the kind of decency, detail and respect that we used to think was possible—even required—in our politics. We’ve all been complicit in the decline; he’s a step back towards sanity. https://t.co/GKoCiqk3nK

Buttigieg is right. His words are wise and powerful: “Trust women.” 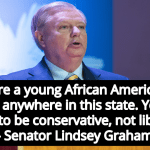 October 10, 2020
Lindsey Graham: Blacks Can 'Go Anywhere' So Long As They're Conservative
Next Post 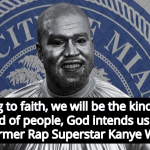