The FBI reports the kidnapping was part of a larger plot to violently overthrow the state government.

In an affidavit obtained by the Detroit News an FBI agent wrote:

Several members talked about murdering ‘tyrants’ or ‘taking’ a sitting governor. The group decided they needed to increase their numbers and encouraged each other to talk to their neighbors and spread their message.

The court filing also alleges the conspirators twice conducted surveillance at Whitmer’s vacation home and discussed kidnapping her to a remote location in Wisconsin to stand “trial” for treason prior to the Nov. 3 election.

NBC News reports at a July 27 meeting, Fox and an informant discussed a possible kidnapping of Whitmer, with the defendant allegedly saying:

Snatch and grab, man. Grab the f—ing governor. Just grab the b—-. Because at that point, we do that, dude — it’s over.

Bottom line:  Six right-wing militia members have been arrested and charged with conspiring to kidnap Michigan Governor Gretchen Whitmer  as part of a larger plot to violently overthrow the state government. 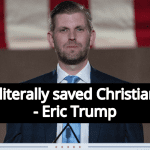 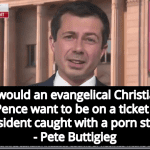