Religion Poisons Everything: Samuel Paty, a middle school teacher in France, was beheaded by an Islamic extremist after showing his class political cartoons of the Prophet Muhammed during a classroom discussion on free speech.

A history teacher decapitated outside his secondary school in a Paris suburb on Friday after he showed a caricature of the prophet Muhammad to his pupils has been named.

Samuel Paty, 47, who taught history and geography at the school in Conflans-Sainte-Honorine , north-west of the French capital, was attacked on Friday evening by an 18-year-old man who was shot dead by police shortly afterwards.

A middle school teacher who recently showed his class caricatures of the Prophet Muhammad was decapitated by a man who was later shot dead by police in a suburb of northwest Paris on Friday, a police spokesperson told NBC News.

According to multiple reports, it appears that the 18 year old Chechen Islamic extremist was acting in concert with a group or collective of other Islamic extremists, including his family members. NPR reports:

Officials in France say they’ve detained nine people in connection to the brutal beheading of a teacher who had allegedly shown caricatures of the Prophet Muhammad during a civic lessons.

Police have detained nine people since the attack, including the suspect’s parents, grandfather and teenage brother…

Commenting on the horrendous terror attack, French President Emmanuel Macron said France’s battle against Islamic terrorism is “existential.” Macron, who visited the scene of the attack on Friday evening, declared:

One of our compatriots was assassinated today because he taught pupils freedom of expression, the freedom to believe and not believe. This was a cowardly attack on our compatriot. He was the victim of a typical Islamist terrorist attack.

Indeed, like all acts of Islamic terrorism, it was a cowardly act, motivated by ignorance, intolerance, and religious superstition.

Yet the problem of Islamic terrorism is not restricted to France. Indeed, it is a global threat. And the problem is not simply a few “lone extremists.” It is a cultural problem that permeates the Muslim community. For example, a disturbing poll conducted by the BBC in 2015, found that 1 in 4 Muslims in the UK said that the Charlie Hebdo terrorists and others who commit violent acts against those who produce and publish images of the Prophet Muhammad are justified.

Imagine believing that murder and terrorism is an appropriate response to a political cartoon. Imagine being so sensitive and so weak that a cartoon would drive one to murder, or the endorsement of murder. How humiliating.

Bottom line: In a terrible day for teachers everywhere, and yet another blow to civility in the name of ignorance, intolerance, and religious superstition, Samuel Paty, a middle school teacher in France, was beheaded by an Islamic extremist after showing his class political cartoons of the Prophet Muhammed during a classroom discussion on free speech. 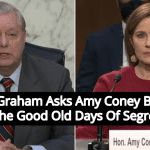