The Anti-Science President: Speaking at a campaign rally in Nevada on Sunday, President Trump warned supporters that if elected Joe Biden would “listen to scientists.”

President Donald Trump sought to insult former Vice President Joe Biden on Sunday by saying that his Democratic opponent would listen to scientists if elected president.

Trump mocks Biden for pledging to listen to scientists. Watch this clip and ask yourself if Trump was trying to kill Americans by infecting them with coronavirus, how would it sound different? pic.twitter.com/aZSugwvoML

He’ll listen to the scientists. If I listened totally to the scientists, we would right now have a country that would be in a massive depression, instead of, we’re like a rocket ship. Take a look at the numbers.

Yes, let’s take a look at the numbers. At last count the COVID-19 global pandemic has claimed more than 220,000 lives in the U.S.

Heck of a job Donald!

Responding to Trump’s claim that he would listen to scientists, Biden responded with a one word tweet:

And a Biden spokesperson tweeted:

This is tellingly out of touch and the polar opposite of reality. Trump crashed the strong economy he inherited from the Obama-Biden Administration by lying about and attacking the science, and layoffs are rising. Meanwhile, Joe Biden would create millions more jobs than Trump. https://t.co/gVFtsdO6XR

This is tellingly out of touch and the polar opposite of reality. Trump crashed the strong economy he inherited from the Obama-Biden Administration by lying about and attacking the science, and layoffs are rising. Meanwhile, Joe Biden would create millions more jobs than Trump.

Good! He damn well better. America need a president with the smarts and humility to choose science over fiction, #covid19 relief over ego, and truth over lies. #vote

There are few better examples of the anti-intellectualism and anti-science foolishness of Trumpism than Trump literally mocking Biden for saying he will listen to scientists: https://t.co/Izh6dDIbff

Bottom line: President Donald trump, the anti-science president, warns supporters that if elected, Joe Biden would “listen to scientists,” as if that would be a bad thing. 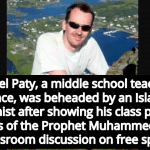