Domestic Terrorists Plan Rally: A march on Washington D.C. billed as the Million MAGA March is being planned by an assortment of Trump-loving deplorables, including militias, Proud Boys, white nationalists and Nazis.

The disparate tribes of MAGA Nation — Oath Keepers, Three Percenters, Infowars fanatics, Groypers, Proud Boys, white nationalists, neo-Nazis and the people who would simply call themselves die-hard MAGA — have declared that they are simply going to show up in Washington en masse over the weekend to rally together, with the marquee event on Saturday.

The groups have assigned the gathering different names: the Million MAGA March, the March for Trump, Stop the Steal DC. But they’re all set to take place Saturday in the nation’s capital, around noon, with most set to congregate near Freedom Plaza though some groups have also suggested the Supreme Court building down the National Mall.

The Official #MillionMagaMarch will be on Saturday, November 14, Freedom Plaza — The #MarchForTrump will march towards SCOTUS against a fraudulent election process. Help us #StopTheSteal and stand up for the President of the united States Donald J Trump pic.twitter.com/SGlqmO4iLj

However, no permits have been issued for the Million MAGA March, despite the event being widely advertised on right-wing sites. The Washingtonian reports:

At least three pro-Trump rallies are planned for Freedom Park in DC this Saturday. There’s just one possible hitch: None of them appear to have filed the paperwork for a permit.

No groups with the name “Million MAGA March,” “Stop the Steal,” or “March for Trump” have applied to host a rally at Freedom Park this weekend, says NPS spokesperson Mike Litterst.

Washington D.C. Mayor Muriel Bowser told reporters on Tuesday that she is preparing for the right-wing protest:

I huddled with my team this morning about an additional report of a caravan that might be starting somewhere in the South culminating here.

We continue to follow those activities and be prepared for those activities. Our police chief will have a similar posture this weekend as he did last week. And we will be there to support peaceful exercise of First Amendment demonstrations.

Mayor Bowser went on to note that those openly carrying weapons would be a “police matter.” The Hill notes: “Open carry is outlawed in D.C., but people can obtain a permit to concealed carry weapons.”

Bottom line: An assortment of Trump-loving deplorables, including militias, Proud Boys, white nationalists and Nazis are planning a Million MAGA March on Washington D.C. for this Saturday. 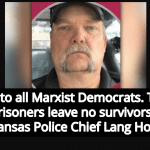 November 9, 2020
Arkansas Police Chief Resigns After Calling For Violence Against Democrats
Next Post 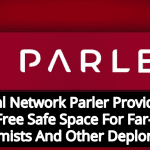 November 12, 2020 Parler Provides A Fact-Free Safe Space For Far-Right Extremists
Recent Comments
0 | Leave a Comment
"Tsarist Russia was anything but a free market, and neither was the aristocratic system in ..."
Person223 Fox News Guest: Children Don’t Deserve ..."
"The right of males to reproduce, rendering a woman's reproductive organs chattel, disregarding the whole ..."
Anon E Moss New Legislation In Tennessee Would Allow ..."
"Yep, the bread riots in the Russian streets (hunger) during the Tsar's reign just might ..."
Kaja Fox News Guest: Children Don’t Deserve ..."
"Nchow N'wah."
Vincent Valentine Pastor Claims Coronavirus Is Satanic Plot ..."
Browse Our Archives
get the latest from
Progressive Secular Humanist
Sign up for our newsletter
POPULAR AT PATHEOS Nonreligious
1