Launched in 2018, Parler presents itself as “an unbiased” social media platform, and is generally understood to be a conservative alternative to Twitter. Texas Senator Ted Cruz is a booster of the service, which is also used by President Donald Trump, his son Eric Trump, Rudy Giuliani and Candace Owens.

With many conservatives and Donald Trump backers in a lather over heightened scrutiny of Facebook and Twitter posts during election season, social media startup Parler is emerging as a fast-growing alternative.

The Henderson, NV-based company, founded in 2018 by computer programmers John Matze and Jared Thomson, says its membership swelled to about 8 million from 4.5 million in just the past week. Parler’s app is the No. 1 download in the Apple iOS and Android stores, according to measurement firm Sensor Tower.

Parler is a microblogging platform that closely resembles Twitter with its endless feed of short posts (there’s a 1,000-character limit), verified “influencer badges” for well-known pundits and politicians, and hashtags. The main difference is that the platform is far more permissive when it comes to misinformation and hate speech.

Indeed, Parler is a home for hate speech, threats of violence, and calls for domestic terrorism. Earlier this week Arkansas Police Chief Lang Holland, a QAnon Trump supporter, was forced to resign after calling for violence against Democrats on the right-wing social media site. For example, in one post to his Parler account Holland said:

When this is over and Trump is president for 4 more years, do not forget what these Marxist bastards have tried to do. When you see one in public get in their face do not give them any peace. Throw water on them at restaurants. Push them off sidewalks. Never let them forget they are traitors and have no right to live in this Republic after what they have done. 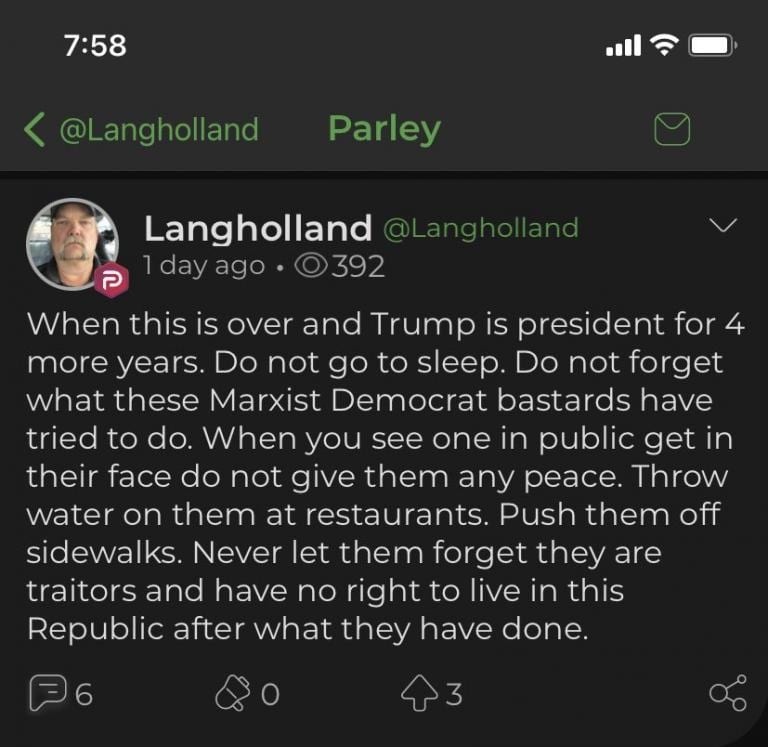 Death to all Marxist Democrats. Take no prisoners leave no survivors! 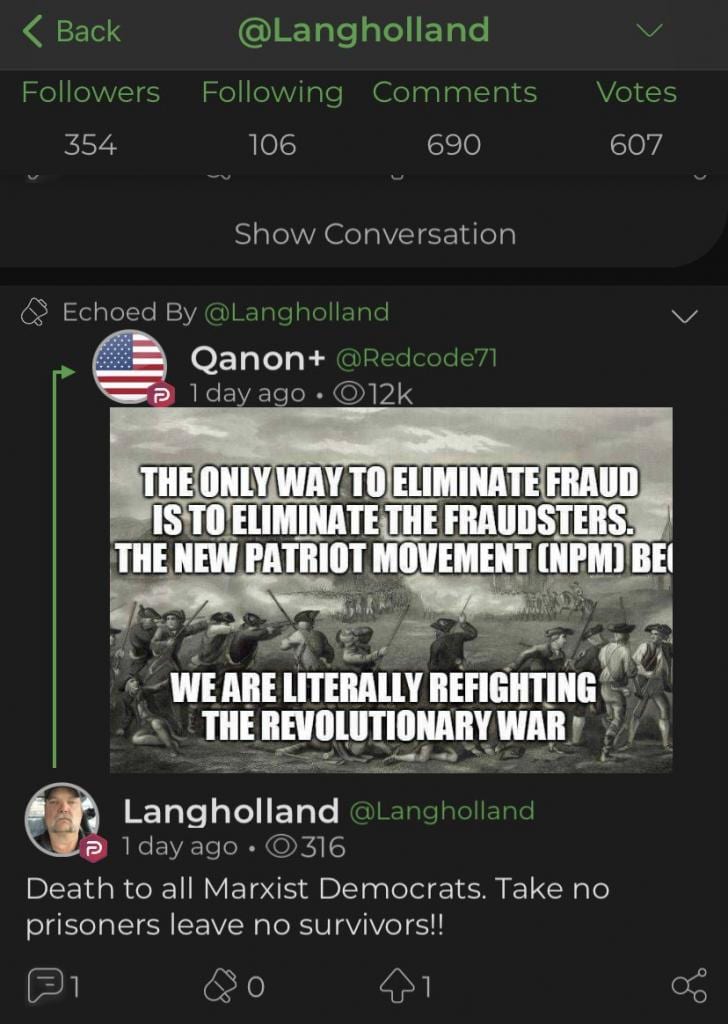 While former Police Chief Holland is a violent idiot, he is not alone in calling for violence. Indeed, Parler is littered with irrational and dangerous calls to violence against Democrats, liberals, progressives, and anybody else who rejects their ultra-conservative agenda. 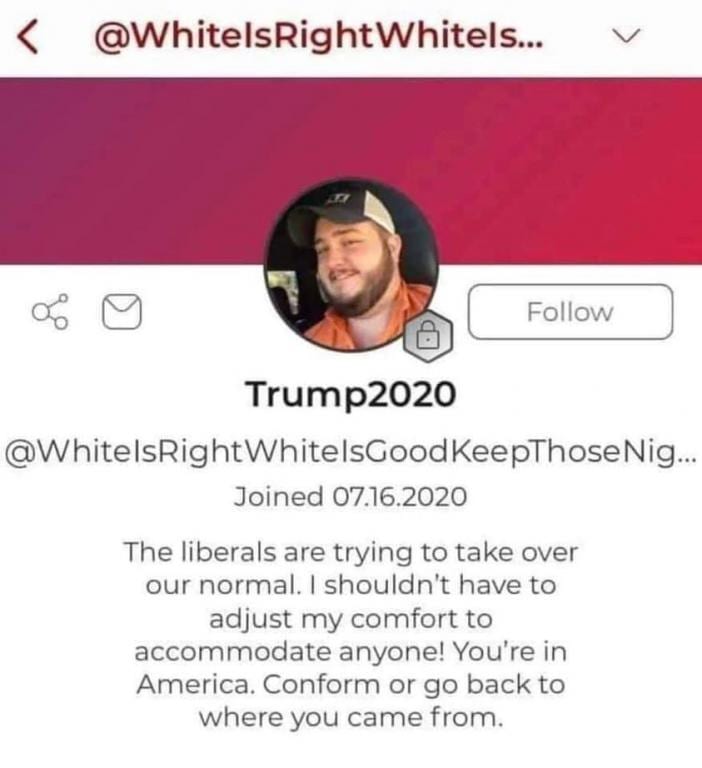 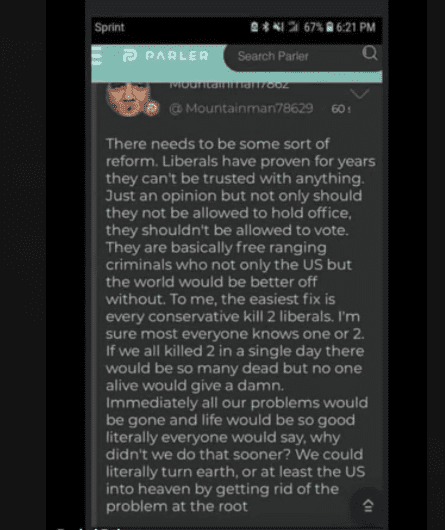 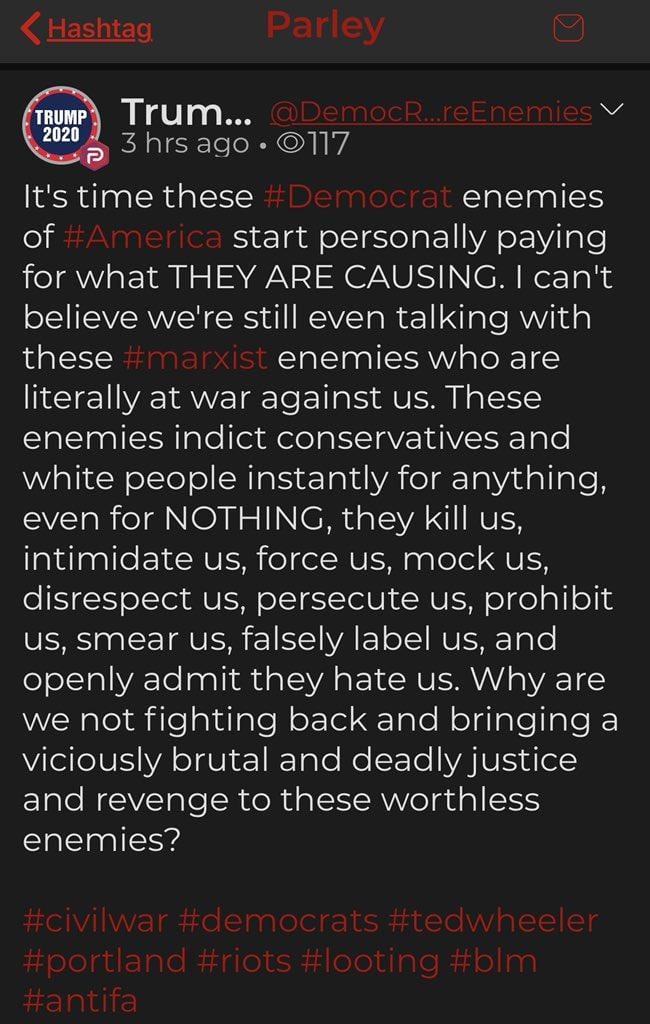 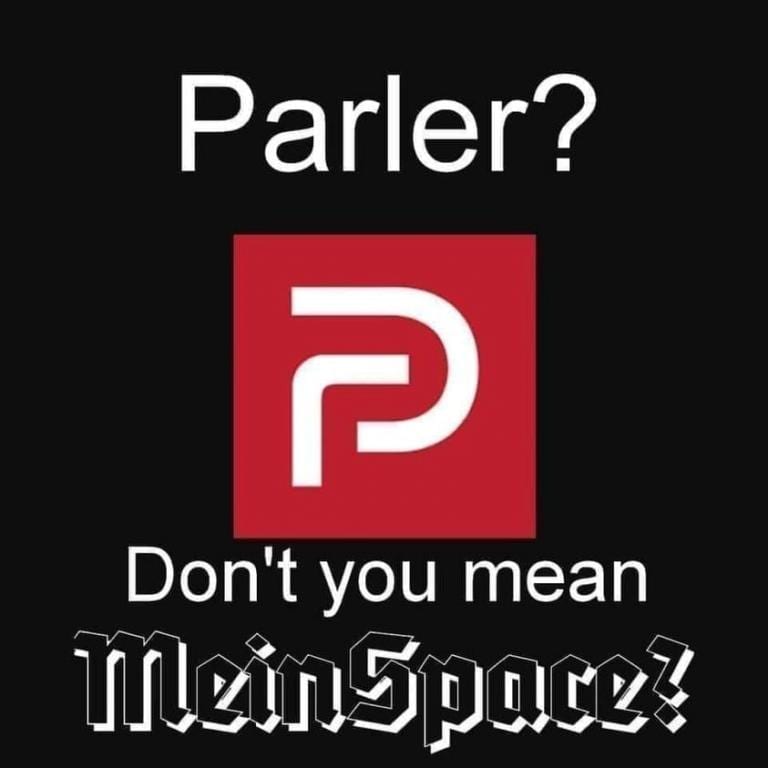 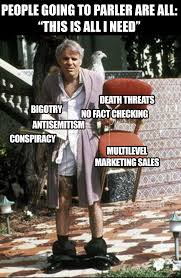 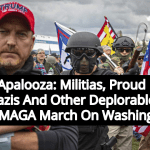 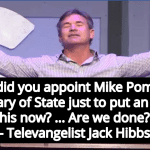 November 12, 2020 Televangelist Jack Hibbs Cries After Realizing Joe Biden Will Be President
Recent Comments
0 | Leave a Comment
Browse Our Archives
get the latest from
Progressive Secular Humanist
Sign up for our newsletter
POPULAR AT PATHEOS Nonreligious
1