As a COVID-19 vaccine gets closer to a public rollout, public health experts and policymakers in the United States are likely to encounter a big cultural barrier: Christian nationalism.

Americans who embrace Christian nationalism will be much more likely to abstain from a coronavirus vaccine, according to a study published Monday by sociologists Andrew L. Whitehead and Samuel L. Perry.

The study, “How Culture Wars Delay Herd Immunity: Christian Nationalism and Anti-vaccine Attitudes,” explains that those identified as Christian Nationalists are “more likely to hold beliefs such as the following: ‘Vaccines cause autism,’ ‘Doctors and drug companies are not honest about the risks of vaccines,’ ‘People have the right to decide whether or not to vaccinate their kids,’ ‘Kids are given too many vaccines,’ and ‘Vaccines do not help protect children from dangerous diseases.’”

One of the study’s authors, Andrew Whitehead, co-director of the Association of Religion Data Archives and professor of sociology at Indiana University-Purdue University Indianapolis, notes:

Christian nationalism is consistently one of the strongest predictors of anti-vaccine attitudes.

More information on the study via the Abstract:

Using a nationally representative sample of American adults that contains a battery of questions exploring views about vaccines, the authors demonstrate how a pervasive ideology that rejects scientific authority and promotes allegiance to conservative political leaders—what we and others call Christian nationalism—is consistently one of the two strongest predictors of anti-vaccine attitudes…. Results suggest that as Americans evaluate decisions to vaccinate themselves or their children, those who strongly embrace Christian nationalism—close to a quarter of the population—will be much more likely to abstain, potentially prolonging the threat of certain illnesses.

Christian nationalism is one of the strongest predictors of Americans’ belief that scientists are hostile to faith, that creationism should be taught in public schools, and that our country relies too much on science over religion.

Christian nationalism is a powerful predictor of antiscience skepticism…

Using a nationally representative sample of American adults, we demonstrate that Christian nationalism is significantly associated with anti-vaccine attitudes in the United States.

We propose that Americans who embrace Christian nationalism are anti-vaccine primarily for three reasons.

First, they are much more likely to distrust science and scientists, perceiving science as a threat to a traditional epistemic and moral order…

Second, Christian nationalism is also linked to libertarian populist attitudes that incline Americans to ignore the recommendations of scientists and the mainstream media regarding infectious diseases…

Third, Christian nationalism has bound millions of Americans to an avowed defender of Christian cultural and political influence, Donald Trump, who has repeatedly circulated anti-vaxx arguments to millions, which studies show are efficacious in their influence on his followers… 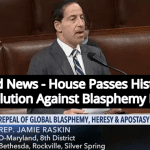 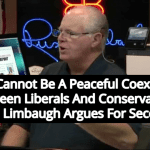 December 10, 2020 Rush Limbaugh Claims Conservative States Are 'Trending Toward Secession'
Recent Comments
0 | Leave a Comment
"On that I agree, the woman has the right to decide what is correct for ..."
Judgeforyourself37 New Legislation In Tennessee Would Allow ..."
"My intent is not to solve the argument over the existence of the soul, but ..."
Barros Serrano Ana Kasparian’s Glorious Rant On Christianity ..."
"I think you meant to say "...and the consequences of totalitarian rule by an egomaniacal ..."
Holms New Legislation In Tennessee Would Allow ..."
"Yes, but also, even in the case of a loving couple, the woman can still ..."
Holms New Legislation In Tennessee Would Allow ..."
Browse Our Archives
get the latest from
Progressive Secular Humanist
Sign up for our newsletter
POPULAR AT PATHEOS Nonreligious
1